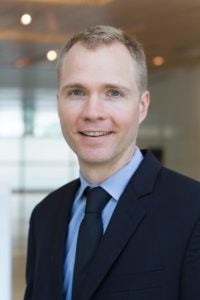 Ronald J. Coleman (“RJ”) is a Program Attorney and Adjunct Professor of Law at Georgetown Law, where he also hosts the “Compliance & Legal Risk” podcast, a collaboration between Georgetown Law and Ernst & Young (“EY”).  Before joining the law school, he was an associate for nearly seven years at Cleary Gottlieb Steen & Hamilton LLP in New York, where he handled a range of domestic and international matters.  A former Visiting Researcher on a McClellan Fellowship in the Oxford Poverty & Human Development Initiative at the University of Oxford and a former Fellow of the Center for the Advancement of the Rule of Law in the Americas at Georgetown Law, he has presented for academic institutions and professional associations, organized over a dozen legal conferences, and his solo or co-authored work has been published or is forthcoming in law journals such as the Georgia Law Review, Texas A&M Law Review, Loyola of Los Angeles Law Review, Nebraska Law Review, and Buffalo Law Review, among others.  He has debated long-time co-author Paul F. Rothstein on the Confrontation Clause for PublicSquare.net, their joint scholarship on the Confrontation Clause has been featured on the “Excited Utterance” podcast, and their co-authored book on evidence with David Crump has been published by West Academic Publishing.  RJ is a member of the Bars in New York, New Jersey, and Pennsylvania,* and admitted to practice before the U.S. District Courts for the Southern and Eastern Districts of New York and the District of New Jersey.

*Not authorized to practice law in the District of Columbia