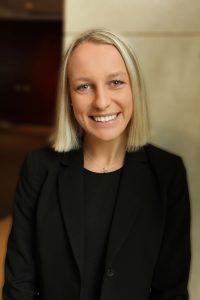 During her time at Vanderbilt, Alexis studied abroad once in Cusco, Perú furthering her Spanish language skills through instruction by a Peruvian native professor from Vanderbilt. She then again went abroad to the University of New South Wales in Sydney, Australia to study International Human Rights Law and Australian Literature. Along with Spanish, Alexis speaks fluent Polish, especially in the household, to her parents who immigrated from Poland. With family all around Europe, she enjoys traveling as often as she can. In her free time, Alexis is an avid runner and is slowly learning how to golf.