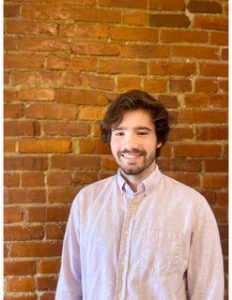 As an undergraduate he worked as a researcher on the political economy of the Sinai region in Egypt as well as on the role of grassroots youth protest movements during the Arab Spring. In 2019 Carson won an award for distinguished conduct at the West Coast Model European Union Competition and was a certified program leader in the Outdoor Pursuits Program for three years. Before coming to Georgetown, he spent a year teaching English in La Rochelle, France through the TAPIF program. Beyond academics, Carson is an enthusiastic rock climber and backpacker.