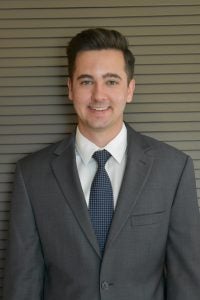 Clark graduated from Georgetown University’s School of Foreign Service in 2018. He majored in International Politics, with a concentration in International Law, Institutions, and Ethics. He also earned a certificate in Religion, Ethics and World Affairs. For the first semester of his junior year, Clark studied alongside French students at the Sciences Po branch in Strasbourg, France. While at Georgetown, Clark participated in the Roosevelt Institute, a student-run think tank, eventually becoming chair of its Defense & Diplomacy Board.

The summer after his sophomore year, Clark worked at Georgetown Center for Security Studies. The following summer, he worked at the Baker Center for Leadership and Governance, while also working as a research assistant at the World Faiths Development Dialogue, where he researched and reported on the intersection between religion and development in a wide array of countries ranging from Senegal to Bangladesh. After graduation, Clark worked for two years as paralegal at Curtis, Mallet-Prevost in New York. At Georgetown Law, Clark hopes to study democratic transition and resilience, along with the strengthening and enforcement of international human rights.