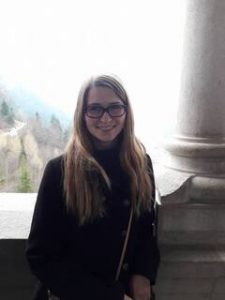 Gabrielle also wrote her honors thesis in German (accompanied by an English translation) with the purpose of explaining the United States’ interpretation of the collision of freedom of speech with the issue of incitement to violence to a German audience. During her undergraduate studies, Gabrielle competed in mock trial for four years, leading her team as a captain for three years, and interned with the South Dakota Attorney General’s office in Sioux Falls, South Dakota. Gabrielle’s two non-academic passions are cats and tea, and she tries to collect a local tea from every new place that she travels to.