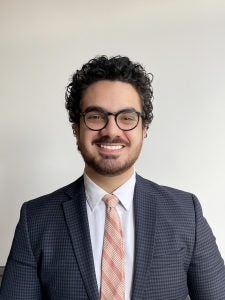 Jesus Rodriguez, a Jack Kent Cooke Graduate scholar and Georgetown Opportunity scholar, graduated in 2019 from Georgetown’s Edmund A. Walsh School of Foreign Service, where he studied International Politics with a concentration in Foreign Policy and Policy Processes. Originally from Venezuela, he is fluent in English, Spanish, French, and German. At Georgetown, he was the Human Rights and Governance editor of the Journal of International Affairs and the managing editor of The Hoya.

He did immigration policy work with FWD.us, investigated nationwide trends in education access for Michelle Obama’s Better Make Room campaign, and published research for the Council on Foreign Relations. His passion for journalism has recently seen him cover topics such as the rise of democratic institutions in the Central American migrant caravan, the student movement for reparations at Georgetown, and the international legal implications of the standoff at the Venezuelan embassy in D.C. While in undergraduate, he published more than 100 articles for various journalistic outlets, including the International Center for Journalists, The Hill, and Politico. He also served, during his senior year, as the principal researcher for the Free Speech Project, which tracks national and global threats to freedom of speech and press liberties.