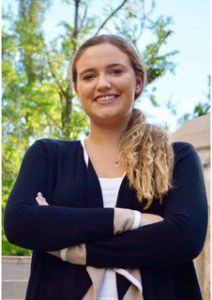 Julianna Pasquarello graduated Magna Cum Laude from the Honors Program at Tulane University in 2020 with a double-major in Economics and Political Science. At Tulane, Julianna competed nationally on Tulane’s Model United Nations Team while completing coursework in international public policy as it pertains to women’s issues and global security. Julianna’s interest in gender and security issues inspired her to work as an Intern in the Child Abuse and Domestic Violence Bureau of the District Attorney’s Office in New York. During her time at the District Attorney’s Office, Julianna assisted in the prosecution of crimes relating to sex trafficking and intimate partner violence between both non-citizens and United States residents. She later worked in the foreign policy department at the Cato Institute, a non-partisan policy think-tank in Washington D.C, on both anti-terrorism issues and projects related to the relationship between U.S. foreign aid and legal protections for women in sub-Saharan Africa.

Her final year at Tulane, Julianna’s research into women’s legal protections motivated her to travel to the Netherlands to study sex work decriminalization and social policy at the University of Amsterdam. In Amsterdam, Julianna participated in a series of ethnographic research studies to highlight sex workers’ experiences in Amsterdam’s Red Light District. At Georgetown Law, she looks forward to the opportunity to further her experience in national security, dispute resolution, and women’s issues. During her free time, Julianna enjoys biking, contemporary poetry, and binge-watching John Mulaney Netflix specials.