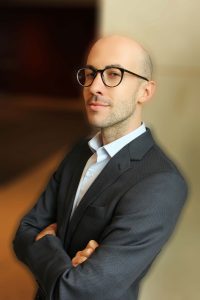 Since returning to the US, he has worked for the state humanities council in Minnesota, where he led the organization’s public humanities programming throughout the state. While at the Minnesota Humanities Center, Kirk developed a publication and writer training program for Somali youth, oversaw a statewide grant making program focused on the Vietnam War, secured over $500,000 in funding for the council and its partners, and produced over 85 events for community and scholarly audiences of up to 500 on topics ranging from tribal sovereignty to veterans’ reintegration to racial narrative change in the media. He has served on the board of directors for the Northwestern Alumni Club of the Twin Cities (2018-19) and the editorial board of Transverse Literary Journal (2012-13), in addition to numerous review panels and national working groups in the public humanities field. His research interests include cultural heritage, cultural property, memory law, and transitional justice.