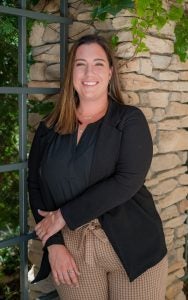 is from Hilliard, Ohio and graduated from the University of Alabama in 2021, summa cum laude, with her bachelor’s degree in International Studies, Economics, and Spanish and her master’s degree in Economics through an accelerated master’s degree program. While in Tuscaloosa, Lauren researched indigenous representation in Spanish film and macroeconomic convergence and cross-correlation in Latin American economies. Lauren’s research on water policies and commercial water projects in the Middle East and North Africa supported her team while she interned for the United States Chamber of Commerce. Her other summer research aided the Federal Communications Commission’s Bureau of Public Safety and Homeland Security.

While not in class or interning over the summer, Lauren was a senior editor for the State of Alabama’s first undergraduate law review. She was also involved as an ambassador for the College of Arts and Sciences, the Honors College, and the Project Health Initiative at the University of Alabama. Beyond academics, Lauren is an avid backpacker. She is fluent in Spanish, having studied sustainable tourism in Costa Rica and having lived in Madrid, Spain as a Rotary Youth Exchange Student. Lauren plans to utilize her graduate and undergraduate experiences at Georgetown University Law Center to pursue a career in international trade law.