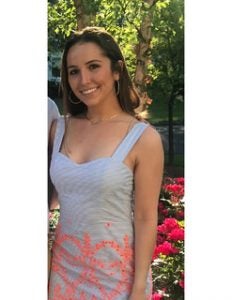 While in Cambodia, she met with various human rights and governmental organizations to learn about how the nation rebuilt following the Khmer Rouge genocide of the 1970s. She also witnessed the trial of Nuon Chea, Pol Pot’s second-in-command during the genocide. During the summer of 2015, she interned for CNN in Washington, DC, working specifically for the Investigation Unit. For her capstone project for Global Citizenship, Soraya and her fellow group members worked on the “Party Responsibly” project, with the goal of increasing bipartisan political dialogue both on Lehigh University’s campus and the surrounding community before and after the 2016 Presidential Election. After graduating from Lehigh, Soraya worked at No Labels in Washington, DC before starting at Georgetown Law. She hopes to continue studying international human rights, specifically the cause of gender equality in developing countries.