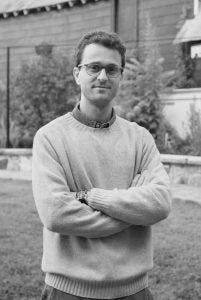 Taylor grew up in New Orleans, Louisiana and first developed a regional interest in Latin America during high school summers in Argentina and Colombia. He graduated from Washington & Lee University in 2018 with a BA in International Politics and a minor in Latin American and Caribbean studies. Much of Taylor’s undergraduate research focused on the historical genesis of recent immigration trends from Central America’s Northern Triangle and culminated with an analysis of U.S. asylum  law in light of the 1951 United Nations Refugee Convention.

In February 2019, Taylor began his Peace Corps service in Coclesito, Panama. In addition to a main project in which he taught English at the middle school, high school, and university levels, Taylor led a series of youth seminars that addressed goal setting, career planning, sexual health, and financial responsibility. When Taylor’s Peace Corps service was curtailed by the pandemic, he worked as the International Student Coordinator and advanced-level Spanish teacher at St. Andrew’s-Sewanee School in Tennessee. Taylor is fluent in Spanish and conversant in Portuguese.