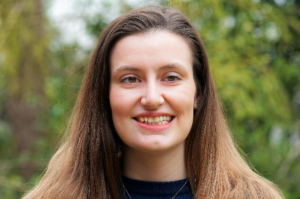 Emily’s work mainly focuses on International Trade Law and Policy. She discovered her passion for Trade Law during her participation in the 18th edition of the John H. Jackson Moot Court Competition. Together with her team, she was the runner up in the Grand Finale in the world rounds and was awarded prizes for her written submissions in the regional rounds. At Georgetown, she is also a John H. Jackson Moot Scholar and a Belgian American Educational Foundation Honorary Fellow.