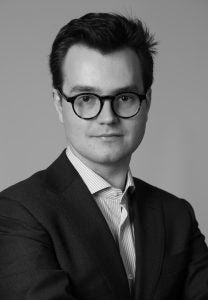 Alongside his academic experiences, Maxime has held numerous positions. He volunteered during a year with the United Nations on international environmental agreements. He was also involved with the Columbia Center on Sustainable Investment where he cultivated his interest in international investment law and its current challenges, specifically corruption, global health, and climate change. Maxime was also a Legal Analyst with a startup, Optimalex, for more than two years where he was developing a litigation optimization tool in diverse fields of the law, such as international contracts, insurance, and arbitration.

Maxime was a musician for more than fifteen years but had to stop because of complaints from his neighbors. In his spare time, he enjoys spending far too many hours staring at modern art in museums.