Our visiting and adjunct faculty members are leading practitioners drawn from the highest levels of government, the private sector, and the nonprofit and advocacy sectors.

Mark Feldman – Of Counsel at Garvey, Schubert, and Barer

John Norton Moore – Walter L. Brown Professor of Law and Director of the Centers for National Security Law and Oceans Law and Policy, University of Virginia School of Law

The Center’s University Affiliates provide the basis for an inter-disciplinary and cross-sectoral approach to solving our most pressing national security challenges. 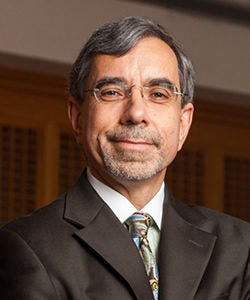 Anthony Clark Arend is Professor of Government and Foreign Service at Georgetown University. On August 1, 2015, he became Senior Associate Dean for Graduate and Faculty Affairs in the Walsh School of Foreign Service. He served as Director of the Master of Science in Foreign Service Program from 2008-2017. His research and teaching is in the fields of international law, national security law, international legal theory, and human rights. He has published seven books, including Legal Rules and International Society, International Law and the Use of Military Force (co-authored), and Human Dignity and the Future of Global Institutions (co-edited). With Professor Christopher C. Joyner, he founded the Institute for International Law & Politics at Georgetown and served as co-director of the Institute from 2003-2008. His has also served an adjunct professor of law at the Georgetown University Law Center. Prior to coming to Georgetown, he was a Senior Fellow at the Center for National Security Law at the University of Virginia School of Law. He has also served as an Articles Editor for the Virginia Journal of International Law. Dr. Arend is a Life Member of the Council on Foreign Relations and serves as a Senator on the Board of Governors of the Georgetown University Alumni Association. Dr. Arend received a Ph.D. and an M.A. in Foreign Affairs from the Woodrow Wilson Department of Government and Foreign Affairs of the University of Virginia. He received a B.S.F.S., magna cum laude, from the Edmund A. Walsh School of Foreign Service at Georgetown University. 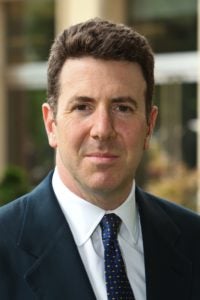 Daniel Byman is a professor in the School of Foreign Service with a concurrent appointment with the Department of Government. He is also the Senior Associate Dean for Undergraduate Affairs. He served as director of Georgetown’s Security Studies Program and Center for Security Studies from 2005 until 2010. He also leads at Georgetown team in teaching a “Massive Open Online Course” (MOOC) on terrorism and counterterrorism for EdX. Professor Byman is also a part-time Senior Fellow at the Center for Middle East Policy at the Brookings Institution. From 2002 to 2004 he served as a Professional Staff Member with the 9/11 Commission and with the Joint 9/11 Inquiry Staff of the House and Senate Intelligence Committees. Before joining the Inquiry Staff he was the Research Director of the Center for Middle East Public Policy at the RAND Corporation. Previous to this, Professor Byman worked as an analyst on the Middle East for the U.S. government. He is the author of Al Qaeda, the Islamic State, and the Global Jihadist Movement: What Everyone Needs to Know (Oxford, 2015); A High Price: The Triumphs and Failures of Israeli Counterterrorism (Oxford, 2011); The Five Front War: The Better Way to Fight Global Jihad (Wiley, 2007); Deadly Connections: States that Sponsor Terrorism (Cambridge, 2005); Keeping the Peace: Lasting Solutions to Ethnic Conflict (Johns Hopkins, 2002); and co-author of Things Fall Apart: Containing the Spillover from the Iraqi Civil War (Brookings, 2007) and The Dynamics of Coercion: American Foreign Policy and the Limits of Military Might (Cambridge, 2002). Professor Byman has also written extensively on a range of topics related to terrorism, international security, civil and ethnic conflict, and the Middle East. His recent articles have appeared in Foreign Affairs and Foreign Policy, as well as journals including Political Science Quarterly, Studies in Conflict and Terrorism, International Security, and Journal of Strategic Studies. 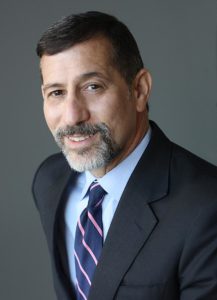 Professor Bruce Hoffman is currently Director of the Center for Security Studies and a tenured professor at Georgetown University’s Edmund A. Walsh School of Foreign Service, Washington, DC. Professor Hoffman previously held the Corporate Chair in Counterterrorism and Counterinsurgency at the RAND Corporation and was also Director of RAND’s Washington, D.C. Office. From 2001 to 2004, he served as RAND’s Vice President for External Affairs and in 2004 he also was Acting Director of RAND’s Center for Middle East Public Policy. Professor Hoffman was appointed by the U.S. Congress in 2013 to serve as a commissioner on the Independent Commission to Review the FBI’s Post-9/11 Response to Terrorism and Radicalization, which concluded its work in March 2015.

Professor Hoffman was the founding Director of the Centre for the Study of Terrorism and Political Violence at the University of St Andrews in Scotland, where he was also Chairman of the Department of International Relations. Professor Hoffman is Editor-in-Chief of Studies in Conflict and Terrorism, the leading scholarly journal in the field. He is also editor of the Columbia University Press Series on Terrorism and Irregular Warfare. Professor Hoffman holds degrees in government, history, and international relations and received his doctorate from Oxford University. In November 1994, the Director of Central Intelligence awarded Professor Hoffman the United States Intelligence Community Seal Medallion the highest level of commendation given to a non-government employee. Professor Hoffman was Scholar-in-Residence for Counterterrorism at the Central Intelligence Agency between 2004 and 2006; an adviser on counterterrorism to the Coalition Provisional Authority, Baghdad, Iraq in 2004, and from 2004-2005 an adviser on counterinsurgency to Multi-National Forces-Iraq Headquarters, Baghdad.  He is the author of Inside Terrorism (2006); The Evolution of the Global Terrorist Threat: Cases From 9/11 to Osama bin Laden’s Death (2014), and Anonymous Soldiers: The Struggle for Israel, 1917-1947 (2015). 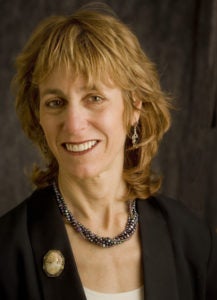 Nancy Sherman is University Professor and Professor of Philosophy at Georgetown University. From 1997-1999, she served as inaugural holder of the Distinguished Chair in Ethics at the US Naval Academy, designing the brigade-wide military ethics course and the Stockdale Center for Ethical Leadership. She has research training in psychoanalysis from the Washington Psychoanalytic Institute and regularly consults with military and veterans groups on issues of ethics, resilience, and posttraumatic stress. In October 2005, she visited Guantanamo Bay Detention Center as part of an independent observer team assessing the medical and mental health care of detainees; in 2011-2012 she attended the Vice Chief of the U.S. Army’s Suicide Prevention Group. She has written on issues of ethics, military ethics, moral psychology and the emotions, and ancient, Stoic, and Kantian moral philosophy. Her books include The Fabric of Character (1989), Making a Necessity of Virtue (1997), Stoic Warriors (2005), The Untold War (2010) and Making Peace with War (2015). She has been a Woodrow Wilson Center Fellow and was a Guggenheim Fellow in 2013-2014.