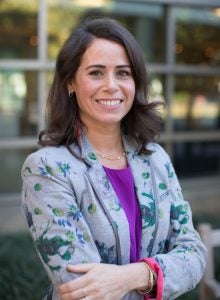 Anna Cave is the Executive Director of Georgetown Law’s Center on National Security, where she is responsible for developing and implementing a new strategy for the Center’s growth over the next ten years. Previously, she was the founding director of the Ferencz International Justice Initiative, where she developed a first-of-its-kind justice hub for designing and launching innovative justice strategies and action plans for communities affected by mass atrocities; built a large international network of cross-sectoral and interdisciplinary experts to support the Initiative’s justice hubs; oversaw research and publications on policy issues relating to international justice; and helped develop new education and training programs.

Anna previously served in a number of senior roles at the White House and the Department of State where she helped develop and coordinate US policy on a range of issues, including national security, human rights, rule of law and international justice, conflict prevention and response, democratic governance, sanctions, military assistance, humanitarian assistance, and the role and mandates of large UN peacekeeping missions.

Her roles included serving as the Director for Central Africa at the National Security Council, Principal Deputy in the State Department’s Office of Global Criminal Justice, the Senior Advisor on atrocity prevention to the Under Secretary of State for Civilian Security, Democracy, and Human Rights, and Senior Policy Advisor to the Secretary of State’s Ambassador-at Large for War Crimes Issues. Anna received a JD from Columbia Law School, where she was a Harlan Fiske Stone Scholar, and a BA from Duke University. Anna clerked for Judge Lawrence McKenna in the Southern District of New York and is a member of the NY State Bar. She previously practiced in the litigation department of the international law firm Davis Polk & Wardwell.