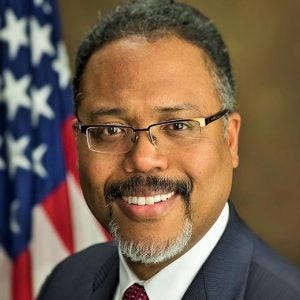 He joined DOJ’s Terrorism and Violent Crime Section in 1991. In the late 1990’s, he served as Special Counsel and Special Investigative Counsel to DOJ’s Inspector General and supervised sensitive investigations of Department officials and programs.

In 2000, he joined CCIPS where he has prosecuted computer crime and intellectual property cases; advised on matters related to searching and seizing electronic evidence and conducting electronic surveillance; and chaired the Organization of American States’ Group of Government Experts on Cybercrime.

In 2009, he moved to DOJ’s National Security Division where he served in multiple roles over the years, and focused on critical infrastructure protection, offensive and defensive cyber policy, and application of national security cyber authorities in criminal matters. As Associate Deputy Attorney General in the Office of the Deputy Attorney General, he coordinated DOJ’s cyber policy and initiatives and the cyber-related work DOJ conducted with the National Security Council. He returned to CCIPS in 2013 where he currently leads their work on cybersecurity policy.

Bailey is a graduate of Yale University and Yale Law School. He has taught courses on cybersecurity, cybercrime, and critical infrastructure protection at Georgetown Law School; Columbus School of Law in Washington, D.C.; and New York University Law School. He was received the Justice Department Criminal Division’s John C. Keeney Award for professionalism and integrity.