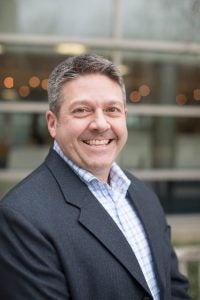 Todd Huntley is the Director of the National Security Law Program and a Lecturer in Law at Georgetown University Law Center. In addition to teaching, Todd develops curriculum as well as other educational and professional development programs for students focusing on National Security Law.

Todd is a retired Navy Captain and served as an active duty Judge Advocate for more than 23 years. Prior to joining Georgetown he was a Professor of National Security Law at The Judge Advocate General’s Legal Center and School in Charlottesville. He previously served as the Directory of the Navy’s National Security Law Division. While at the Pentagon he served as a Special Advisor to the Deputy Assistant Secretary of Defense for Threat Reduction and Arms Control as well as a member of the Senior Review Group for a Joint Staff study on hybrid threats.

His publications include: Legal Issues in Special Operations, in U.S. Military Operations: Law, Policy, and Practice (Oxford University Press 2015) (with Matthew Grant); Balancing Self-Defense and Mission Accomplishment in International Interventions: Challenges in Drafting and Implementing Rules of Engagement, 29 Maryland Journal of International Law 83 (2014); Controlling the Use of Power in the Shadows: Application of Jus in Bello to Clandestine Activities and Unconventional Warfare, 5 Harvard National Security Journal 461 (2014) (with Andrew Levitz); and, Controlling the Use of Force in Cyberspace: The Application of the Law of Armed Conflict During a Time of Fundamental Change in the Nature of Warfare, 60 Naval Law Review 1 (2010).