Menu
Home
Initiative on Gender Justice & Opportunity
About Us

The Center's Initiative on Gender Justice and Opportunity works to support low-income girls and girls of color by identifying barriers to girls' health and wellbeing, elevating girls' unique assets and needs, and developing policy and programs to better support girls in our public systems.

In consultation with girls themselves, as well as other key stakeholders and national and grassroots organizations, the Initiative conducts research, develops policy, identifies promising practices, and issues ground-breaking reports on topics that matter most to marginalized girls: decreasing girls’ contact with the juvenile justice system, increasing access to education, and improving public systems’ responses to the trauma girls experience.

The Initiative’s work is conducted by a multi-disciplinary team of national experts on girls’ issues. In addition to convenings, research, and reports, the Initiative hosts a unique Learning Network for schools to learn about trauma-informed approaches to girls of color, and is involved in national coalitions on girls, including serving as a steering committee member of the Girls @ The Margin National Alliance. Through this work, the Center aims to help support and empower marginalized girls to thrive and lead healthy lives. 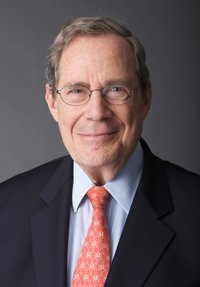 Peter Edelman is the Carmack Waterhouse Professor of Law and Public Policy at Georgetown University Law Center, where he teaches constitutional law and poverty law and is Faculty Director of the Georgetown Center on Poverty and Inequality. On the faculty since 1982, he has also served in all three branches of government. During President Clinton’s first term he was Counselor to HHS Secretary Donna Shalala and then Assistant Secretary for Planning and Evaluation.

Professor Edelman has been Associate Dean of the Law Center, Director of the New York State Division for Youth, and Vice President of the University of Massachusetts. He was a Legislative Assistant to Senator Robert F. Kennedy and Issues Director for Senator Edward Kennedy’s 1980 Presidential campaign. Prior to working for RFK, he clerked for Supreme Court Justice Arthur J. Goldberg and before that for Judge Henry J. Friendly on the U.S. Court of Appeals. He also served as Special Assistant to U.S. Assistant Attorney General John Douglas, and was a partner in the law firm of Foley & Lardner.

Mr. Edelman’s newest book is So Rich, So Poor: Why It’s So Hard to End Poverty in America, published by The New Press. A previous book, Searching for America’s Heart: RFK and the Renewal of Hope, is available in paperback from the Georgetown University Press. His article in the Atlantic Monthly, entitled “The Worst Thing Bill Clinton Has Done,” received the Harry Chapin Media Award.

Professor Edelman has chaired and been a board member of numerous organizations and foundations. He is currently chair of the District of Columbia Access to Justice Commission and board chair of the National Center for Youth Law.

Rebecca Epstein is the Executive Director of the Georgetown Law Center on Poverty and Inequality. She has over 20 years’ experience in litigation and policy development, and she has maintained a special focus on race and sex discrimination and the policies and practices that support marginalized girls. Rebecca was the lead author of Blueprint: A Multidisciplinary Approach to the Sex Trafficking of Girls (2013) and co-author of The Sexual Abuse to Prison Pipeline: The Girls’ Story (2015), both published by the Center on Poverty and Inequality. She serves as the Associate Director of the National Girls Initiative, a program run by the USDOJ’s Office of Juvenile Justice and Delinquency Programs, and is a member of the Steering Committee of the Girls @ the Margin National Alliance and the Advisory Board of The Art of Yoga Project.

Previously, Rebecca served as a senior trial attorney in the Civil Rights Division of the U.S. Department of Justice, and worked as a staff attorney at Public Justice, a national public interest law firm in Washington DC. She also served as Policy Counsel at the National Partnership on Women and Families through a fellowship awarded by the Women’s Law and Public Policy Fellowship Program at Georgetown Law.

Rebecca received her B.A. in history with honors from Brown University and her J.D. from New York University School of Law. She clerked for the Honorable Raymond A. Jackson in the Eastern District of Virginia, and is a member of the District of Columbia, New York, and Supreme Court Bars. 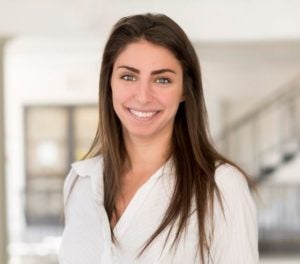 Prior to joining the Georgetown University Law Center, Ms. Shopiro was an environmental consultant with Eastern Research Group (ERG) and ICF,where she supported a variety of federal agencies, including the U.S. Environmental Protection Agency and the U.S. Department of Energy, on topics from energy and environment to safety and health. She is a 2012 graduate of Bucknell University. 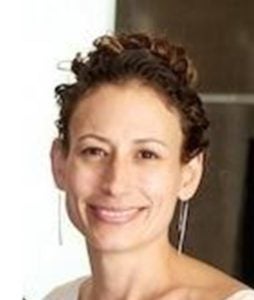 Thalia González is an Associate Professor in the Politics Department and Anderson Center of Public Policy at Occidental College. She is a nationally recognized expert in restorative justice with more than a decade of experience in law and policy. Thalia’s work centers on intersectional issues of civil rights, the school-to-prison pipeline, race and inequality, and juvenile justice. On these topics, she conducts research, publishes articles and reports, and provides guidance to policymakers, educators, lawyers, and advocates at the local and national level. She has published in leading journals including the New York University Review of Law & Social Change, Howard Law Journal, Cardozo Journal of Conflict Resolution, Fordham Urban Law Journal, Ecology Law Quarterly, and the Journal of Law and Education. She is a frequent expert speaker at conferences and commentator on legal issues and educational and juvenile justice policy, and her work on restorative justice has been featured on NPR, in the Atlantic, the Washington Post, and Huffington Post. In her role at the Center, Thalia leads the Center’s research in restorative justice outcomes, implementation, practice, and policy.

Dr. Kimberlyn Leary is an associate professor of psychology at Harvard Medical School and an associate professor in the department of health policy and management at the Harvard T.H. Chan School of Public Health, where she is the “Enabling Change” program director. Leary is also the executive director of policy outreach at McLean/Harvard Medical School and a fellow New America’s International Security Program. As a Robert Wood Johnson health policy fellow, she served as an advisor to the White House Council on Women and Girls for one year, developing the “Advancing Equity” initiative, which focused on improving life outcomes for women and girls of color, and for an additional six months, as an advisor to White House Office of Management and Budget’s Health Division.

Nikola Nable-Juris is the Georgetown Women’s Law and Public Policy Fellow at the Initiative on Gender Justice and Opportunity. She previously served as the Senior Policy Counsel at the Campaign for the Fair Sentencing of Youth, leading legislative campaigns across the country to ban life-without-parole sentences for children under 18. She began her career working with pregnant and parenting youth and survivors of domestic violence and sexual assault.

Rhea Shinde is a third-year law student in the class of 2021 at Georgetown University Law Center in Washington, D.C. Rhea is pursuing a legal career to understand the intersections between the social determinants of health and gender and racial justice. Rhea’s legal research and advocacy experience includes health equity, reproductive justice, federal health policy, and international approaches to obstetric care. She hopes to continue practicing community lawyering and advocating for improved health outcomes across vulnerable populations after graduation.

Jocelyn Ortiz is an undergraduate intern at the Center’s Initiative on Gender Justice & Opportunity. She is currently a senior at Georgetown University, majoring in History with a Middle East concentration and minoring in Jewish Civilization with a focus on genocide research. This semester Jocelyn is writing a thesis for her minor and is hoping to attend law school in the near future. Jocelyn has previously interned at the Public International Law and Policy Group as a research intern and at the Brennan Center for Justice as a Liberty and National Security Intern.