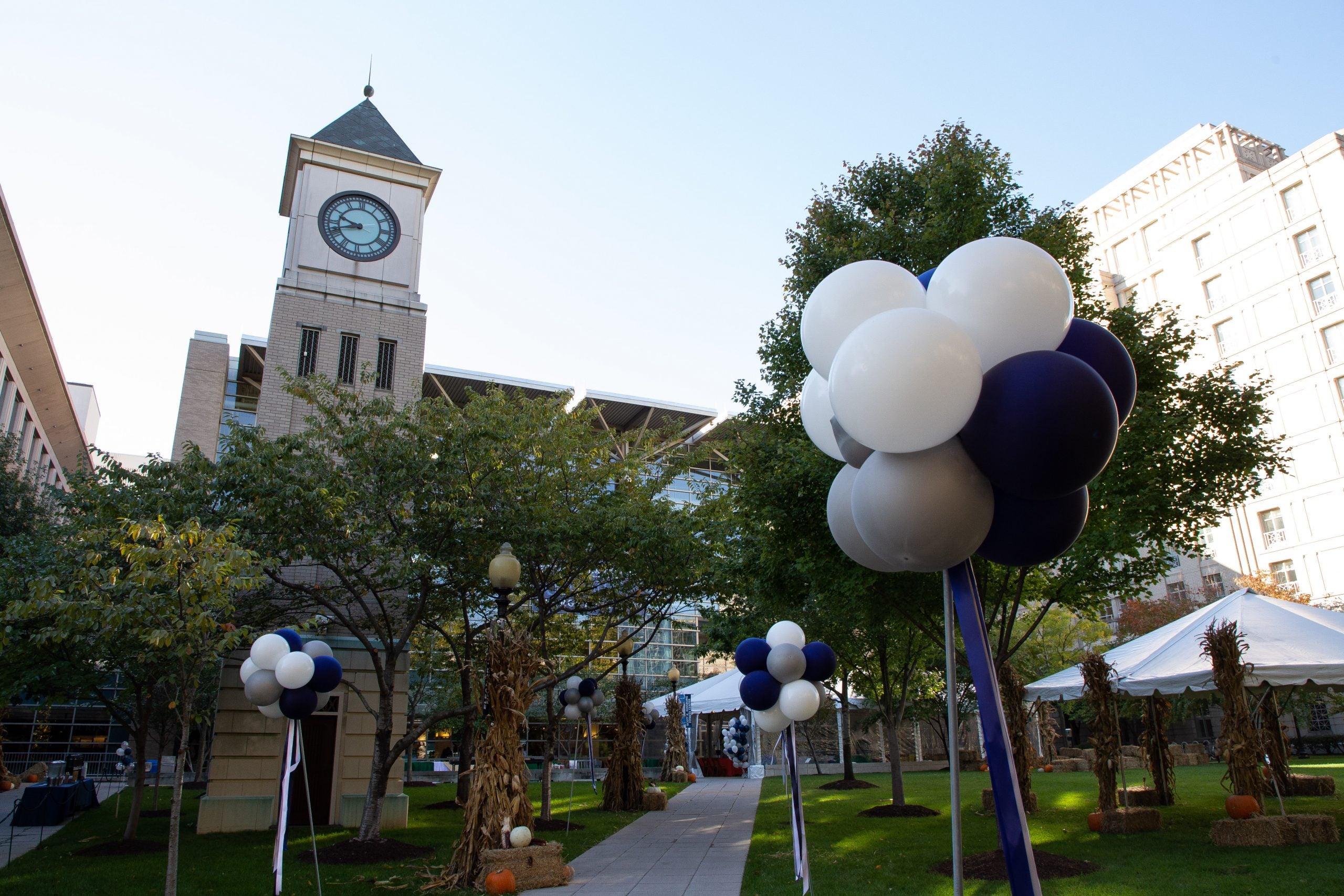 On October 5, Georgetown University Law Center launched its 150th Anniversary Year of celebration with a week of special, virtual programming and the completion of a successful fundraising challenge.

Anniversary programming is set to continue throughout the academic year. Upcoming events include virtual events focused on Georgetown Law’s history and the work of its Institute for Technology Law and Policy and its Center for the Advancement of Law in the Americas (CAROLA).

Recordings of programs held that week and throughout the academic year are available on the 150th Anniversary website.

Recap of the 150th Anniversary Week

Georgetown Law marked the anniversary of its first law classes, held in 1870.

This virtual event was the first in a series of digital sessions from Dean William M. Treanor‘s new class, Lawyers as Leaders. In the program for this day, “The Great Coronavirus Pandemic of  2020: The Critical Lessons,” Dean Treanor interviewed Lawrence Gostin about his life and career in national and global health law. Gostin serves as Georgetown University Professor, Founding O’Neill Chair in Global Health Law, Faculty Director of the O’Neill Institute for National and Global Health Law, and Director of the World Health Organization Collaborating Center on National & Global Health Law.

Georgetown Law at 150: Alumni and Faculty in Conversation — Voting Rights

“Lawyers are good at reform, but what about when reform is not enough?” This virtual event featured Dean William M. Treanor interviewing Paul Butler about his life and career, with a focus on his scholarship in the area of criminal justice reform. Butler serves as the Albert Brick Professor in Law.

Programming continues throughout the academic year.