Join us on April 20, at 5 PM ET for Lawfare Live: Ukraine and the Future of National Security Law.  Lawfare Senior Editor Scott Anderson will participate in a panel that includes Brian Finucane, Senior Adviser at the International Crisis Group, and Todd Huntley, Director of the National Security Law Program at Georgetown Law Center. The discussion will be moderated by Lawfare Executive Editor Natalie Orpett. Topics addressed will include the Ukraine conflict’s impact on the law of armed conflict, state-based information operations, and more. RSVP now.

The event is cosponsored by the Center for Asian Law, the National Security Law Society, and Lawfare. It is approved by Georgetown Law’s Office of Student Life. For disability accommodation requests, please email nsls@georgetown.edu by 4/19.

Trends in Legal Services Markets in the U.S. and China: Insights from Practitioners

The COVID-19 pandemic has had a massive impact on virtually every sector of the global economy, and the legal services sectors in China and the U.S. are no exception. Over the past two years, we have seen a number of changes, with firms adapting to the economic and public health impacts of COVID, often in real time. This panel discussion will discuss broader trends in both China and the United States, and explore the steps Georgetown Law graduates can take as they prepare to enter the job market.

The current U.S.-China relationship is fraught: Washington and Beijing are at loggerheads over a long list of issues, including allegations of state-supported cyberattacks, long-simmering trade tensions, a war of words over the origins of the COVID-19 pandemic, and concerns over rights abuses in Xinjiang and Hong Kong. Can the Biden administration chart a new course in U.S.-China relations, or will tensions inevitably continue to grow? This panel looked at several core dimensions of the relationship, and explore prospects for collaboration between the two countries on key issues of mutual concern.

Co-sponsored by the Center for Asian Law, the O'Neill Institute for National and Global Health Law, and the Graduate Program Admissions Office.

The United States is experiencing what many call a surge of anti-Asian harassment, violence, and even murder. This wave is not unprecedented.  Since the 1850s, the public policy of many states and territories, and ultimately the United States, was to discourage the presence of Asian people, who were regarded as inassimilable, ineradicably foreign, and undesirable additions to the American population.  The desire to reserve opportunities for whites, and for political action against Asians, was often expressed through violence. The talk outlines anti-Asian policy in the United States, including racial denial of citizenship, the right to testify, to own land, to public benefits and employment, and to immigrate, and suggest some contemporary effects.

Cohosted by the Center for Asian Law and the Asian Pacific American Law Students Association (APALSA).

Revisiting the Access to Medicine Debate in the COVID-19 Era

What role do patents play in determining global access to the COVID-19 vaccine? This event considered the implications of the pandemic to the ongoing access to medicines debate, comparing the approaches of India and the US to patents and public health.

Cohosted by the Center for Asian Law, the Society for Democratic Rights, Georgetown University Law Center, Institute for Technology Law & Policy, and the O'Neil Institute for National and Global Health Law.

As American voters head to the polls in November, the U.S. trading relationship with Asia has become a key issue in the campaign. Both President Trump and Vice President Biden have signaled their determination to fight for trade deals that protect American jobs; at the same time, both have accused the other of being secretly soft on trade.

Given the unusually prominent role that global trade -- and U.S.-Asia trade in particular -- has played in the 2020 campaign, what will U.S. trade policy look like in the years to come, either under a new Biden administration, or under a second Trump term? This panel of top experts will attempt to answer that question, with a particular focus on U.S. trade relations with China, Korea, and Japan.

The China-Pakistan Economic Corridor (CPEC) has been the single highest-profile investment package under China’s Belt and Road Initiative (BRI). A new report from the German Marshall Fund of the United States and Georgetown University Center for Asian Law, which will be published on September 24, looks at the evolution of CPEC, from its initial high ambitions to its slowdown to its mini-revival in the midst of the COVID-19 pandemic. It examines what we can learn for the future of China’s approach to the BRI and the Sino-Pakistani relationship.

Cohosted by the Center for Asian Law and GMF Asia. 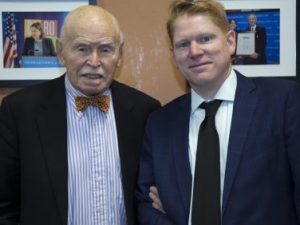 Law and Power in China, and in its International Relations

Professor Jerome A. Cohen is the senior American expert on East Asian law. As Director of East Asian Legal Studies at Harvard Law School from 1964-1979, he helped pioneer the introduction of East Asian legal systems and perspectives into American legal curricula. From 1979-2000 he initiated international business law practice relating to China. He is currently Professor of Law at NYU Law School, faculty director of NYU’s U.S.- Asia Law Institute, and adjunct senior fellow for Asian Studies at the Council on Foreign Relations. He is the author of numerous books and articles on Chinese law and politics.

Cosponsored by the Center for Asian Law, and the Georgetown Chinese Law Society.

The Dawn of a New Era for FDI in China: Practical Implications of China's New Foreign Investment Law

China’s new Foreign Investment Law, effective January 1, 2020, represents a fundamental shift in the foreign investment landscape for China, affecting not only all new foreign-investment enterprises going forward but also all 500,000+ existing FIEs. To provide practical insights on how to navigate this new legal environment, Robert Lewis, Senior International Counsel at Zhong Lun Law Firm in Beijing, will provide a detailed assessment of the impact of the new rules. Mr. Lewis was qualified in California in 1985 and, after working with a top national firm in Los Angeles for several years, he moved to China, where he has worked in top US, UK and Chinese law firms since 1993.

Cosponsored by the Center for Asian Law and the Georgetown Chinese Law Society.

Freedom to Marry in Taiwan: A Milestone for LGBT Rights in Asia 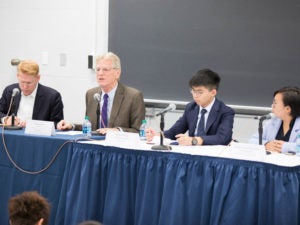 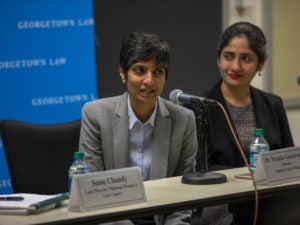 Ambassador Kazutoshi Aikawa (Chargé d'Affaires, ad interim) is the Deputy Chief of Mission at the Embassy of Japan in Washington, a post he assumed in October 2017. He is also the current Permanent Observer of Organization of American States (OAS). Prior to his present position, he served as Director General of Disarmament, Non Proliferation and Science, Ambassador at the Ministry of Foreign Affairs of Japan. In 2014, Ambassador Aikawa was Councilor at Japan’s Cabinet Secretariat after serving as the Deputy Director General (ASEAN/APEC SOM, G7 Sous Sherpa) at the Ministry of Foreign Affairs of Japan. His diplomatic experience include serving in various outposts such as Japan’s Permanent Mission to the United Nations in New York, and the Embassy of Japan in Tehran. Ambassador Aikawa joined the Ministry of Foreign Affairs in 1983 and holds a BL degree from the University of Tokyo and an LLM from Colombia Law School.

Inside the Asian Infrastructure Investment Bank

Natalie Lichtenstein is a US lawyer who has specialized in legal issues at international financial institutions and legal development in China since the 1970s. Following a 30-year legal career at the World Bank, she continues to teach and consult in these areas. From 2014- 2016, she served first as the Chief Counsel for the establishment of the Asian Infrastructure Investment Bank, and then as its inaugural General Counsel. 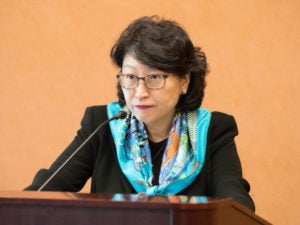 Teresa Cheng, Hong Kong’s Secretary for Justice, explains that "while international law as a discipline is European in origin -- with Asian states, upon gaining independence, expected to respect what was already in place -- Asia will play a significant role in influencing international law in the future, especially with respect to special economic zones, climate change and dispute resolution."

Zhang Jingjing, one of China's leading environmental lawyers and also a top expert on Chinese overseas investment, will speak about her career path and her public interest work in China and the United States. Ms. Zhang is the founding litigation director of the Center for Legal Assistance to Pollution Victims, China University of Political Science and Law, and a founding partner of the Huanzhu Environmental Public Interest Law Firm in Beijing.

End of an Era: How China's Authoritarian Revival is Undermining Its Rise

Carl Minzner is a Professor of Law at Fordham Law School. He is an expert in Chinese law and governance, and has written extensively on these topics in both academic journals and the popular press.

Li Ying is a leading women’s rights advocate and public interest lawyer specializing in issues relating to gender equality and domestic violence. She is the Director of Beijing Yuanzhong Gender Development Center, and had served as Executive Director of the China Anti-Domestic Violence Network and Executive Director of the prominent Peking University Women’s Legal Research and Service Center, China’s first NGO specializing in providing legal aid to women. Over the past decade, Ms. Li has handled hundreds of cases, including groundbreaking cases in domestic violence, employment discrimination, and sexual harassment.

Cohosted by Law Asia and the Georgetown China Law Society.

Asia's Reckoning: China, Japan, and the Fate of U.S. Power in the Pacific Century

Richard McGregor's Asia's Reckoning is a compelling account of the widening geopolitical cracks in a region that has flourished under an American security umbrella for more than half a century. The toxic rivalry between China and Japan, two Asian giants consumed with endless history wars and ruled by entrenched political dynasties, is threatening to upend the peace underwritten by Pax Americana since World War II. Combined with Donald Trump's disdain for America's old alliances and China's own regional ambitions, East Asia is entering a new era of instability and conflict. If the United States laid the postwar foundations for modern Asia, now the anchor of the global economy, Asia's Reckoning reveals how that structure is falling apart.

China’s human rights lawyers insist that the Party-State follow the law in all cases, including those deemed ‘sensitive’ by the authorities. For years, rights lawyers have faced a repressive system that views rights advocacy as an act of subversion. In the Xi Jinping era, the contrast between their liberal outlook and the authoritarian system has become sharper, and rights defenders are now increasingly treated as enemies. As they engage in legal resistance, these lawyers test the boundaries of the right of resistance as a human right. 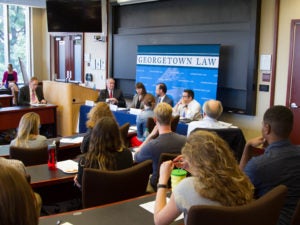