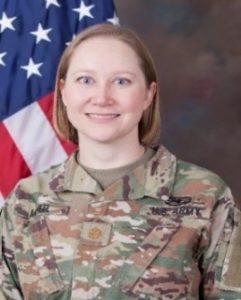 Major Jennifer McKeel is currently serving as the Deputy Staff Judge Advocate at U.S. Army Cyber Command in Virginia. She has served in various capacities as an Army Judge Advocate for the past 13 years.