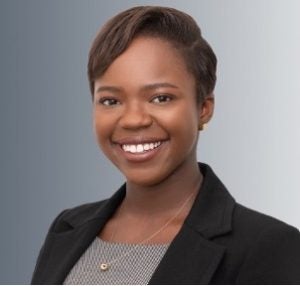 Monique-Agnes Ladeji is a current Judicial Law Clerk and previous Fellow at Georgetown’s Center on National Security and the Law, where her research focused on Soviet and Russian disinformation campaigns and the impact of technology and social media on the evolution of these campaigns. Previously, Ladeji was a litigation associate in the Washington, D.C. office of Paul, Weiss, Rifkind, Wharton & Garrison LLP.

Ladeji is licensed to practice in Washington, DC and is conversationally fluent in Russian.