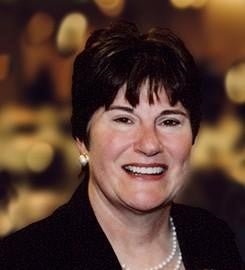 Judge Margaret McKeown was appointed to the United States Court of Appeals for the Ninth Circuit in 1998. She graduated from Georgetown University Law Center in 1975 and holds an honorary degree from Georgetown University. She has published and lectured throughout the world on intellectual property, international law, ethics, and constitutional law and has participated in numerous rule of law initiatives with judges and lawyers.

Before her appointment, Judge McKeown practiced law at Perkins Coie in Seattle and Washington, D.C., where she specialized in antitrust and intellectual property and was the firm’s first woman partner.

Judge McKeown is past President of the Federal Judges Association and previously chaired the US Judicial Conference Codes of Conduct Committee on ethics. She chairs the Ninth Circuit Workplace Environment Committee and was appointed by Chief Justice Roberts to the National Workplace Conduct Working Group.

She is on the managerial board of the International Association of Women Lawyers, the editorial board of Litigation magazine, and a member of the Council of the American Law Institute and the Judicial Advisory Board of the American Society of International Law. She is immediate past chair of the ABA Rule of Law Initiative and a current advisor. She has taught courses on the internet and intellectual property at Georgetown Law, Northwestern University School of Law, and the University of San Diego School of Law.

Judge McKeown received the ABA Margaret Brent Women Lawyers of Achievement award, the ABA John Marshall Award, the Federal Bar Association community service award, the California Bar IP Vanguard Award, and the Girl Scouts Cool Woman Award, among others. She previously served on the national boards of the Girl Scouts of the USA and Volunteers of America. She is a member of the American Academy of Arts and Sciences. Her forthcoming book is Citizen Justice: The Environmental Legacy of William O. Douglas.