Menu
Home
Who We Are
Affiliated Faculty

CAROLA Faculty Affiliates are renowned academics, including both members of the Georgetown University faculty and global scholars. Our affiliates are working on projects that relate to or complement what we do, and whose academic and policy interests overlap with ours. 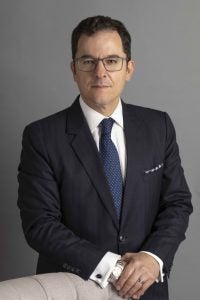 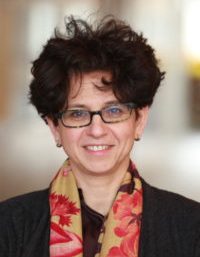 Anna Gelpern is an Anne Fleming Research Professor at Georgetown Law Center and a nonresident senior fellow at the Peter G. Peterson Institute for International Economics. She has published research on government debt, contracts, and regulation of financial institutions and markets. She has co-authored a law textbook on International Finance, and has contributed to international initiatives on financial reform and government debt. Professor Gelpern co-directs the Sovereign Debt Forum, a collaboration among Georgetown Law’s Institute of International Economic Law and academic institutions in the United States and Europe, dedicated to cutting edge research and capacity building in sovereign debt management. 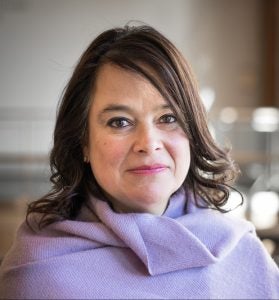 Helena Alviar García is a Colombian SJD from Harvard Law School and lawyer from Universidad de Los Andes in Bogotá, Colombia. She is an expert in law and development, property law, social and economic rights, feminism and transitional justice. Her latest book is Legal Experiments for Development in Latin America: Modernization, Revolution and Social Justice, Routledge, 2021. She served as Dean of Los Andes Law School where she also held tenure as full professor (profesora titular), teaching courses on property, public law, legal theory and feminist theory. She has been a visiting professor at universities in Latin America, Europe and the United States. Notably, she was the Robert F. Kennedy Visiting Professor at Harvard Law School in 2017, the Bok Distinguished Visiting Professor at Penn Law School in 2015 and the Tinker Visiting Professor at the University of Wisconsin at Madison in 2008. 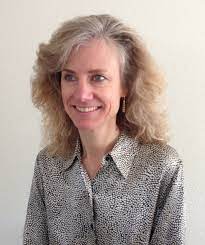 Diana Kapiszewski is a Provost’s Distinguished Associate Professor in the Department of Government at Georgetown University. Her research interests include public law, comparative politics, and research methods. Her first book High Courts and Economic Governance in Argentina and Brazil (Cambridge University Press 2012) explores high court-elected branch interactions over economic policy in Argentina and Brazil in the post-transition period. Her current work examines judicial politics and the uses of law in Latin America. On project analyzes institutions of electoral governance and another investigates informal workers’ use of legal strategies in the region; each focuses specifically on Brazil and Mexico. Her work has appeared in Latin American Politics and Society, Law and Social Inquiry, Law & Society Review, Perspectives on Politics, and PS: Political Science and Politics. 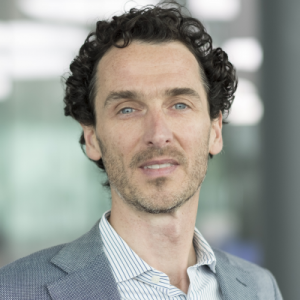 Joost Pauwelyn, a Visiting Professor at Georgetown Law Center, is a Professor of International Law and the Head of the Internaitonal Law Department at the Graduate Insitute of International and Development Studies (IHEID) in Geneva, Switzerland and Co-Director of the Institute’s Centre for Trade and Economic Integration (CTEI). He specializes in international economic law, in particular the law of the World Trade Organization (WTO) and Foreign Investment Law. Professor Pauwelyn also advises governments and non-state actors in WTO dispute settlement and investor-state arbitration. He is a co-founder of TradeLab.org, and online platform aimed at broadening access to justice under trade and investment treaties. 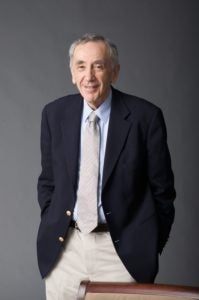 Joseph A. Page, a Professor Emeritus at the Law Center and the Director of the CAROLA from 2003 to 2017, began writing about Brazil and Argentina in 1963. His first book, The Revolution That Never Was: Northeast Brazil, 1955-1964, appeared in 1972, and was translated into Portuguese by the Brazilian playwright Ariano Suassuna. His 1983 book, Peron: A Biography, was a bestseller for five months in Argentina. The latest revised edition appeared in 2014. In 1996, he contributed an extensive introduction to Evita: In My Own Words, which published the text of a manuscript believed to have been adapted from death-bed dictation by Eva Perón. His 1995 book, The Brazilians, attempts to explain what makes Brazilians Brazilian. Professor Page’s articles and book reviews on Latin America have appeared in numerous sources, including the New York Times Magazine, the New York Times Book Review, the Atlantic, and the Washington Post. 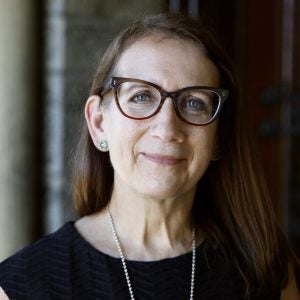 Katharine Donato is the Donald G. Herzberg Chair in International Migration and the Director of the Institute for the Study of International Migration in the Edmund A. Walsh School of Foreign Service at Georgetown University. Among her most recent work are new edited volumes on the landscape of U.S. legal migration and refugee integration in Canada, Europe and the United States. Her most recent books, which she co-authored, include Refugees, Migration and Global Governance: Negotiating the Global Compacts and Gender and International Migration: From the Slavery Era to the Global Age. She is also currently researching about the assimilation and mobility experiences of U.S. immigrant adults who entered as unaccompanied children. 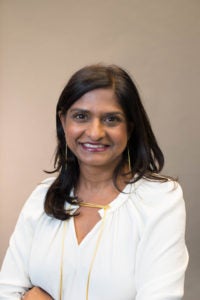 Madhavi Sunder, the Frank Sherry Professor of Intellectual Property Law and the Associate Dean for International and Graduate Programs at Georgetown Law Center, is a leading scholar of law and culture. She was named a Carnegie Scholar in 2006 and has been a Visiting Professor of Law at the Yale Law School, the University of Chicago Law School, and Cornell Law School. Her work traverses numerous legal fields, from intellectual property to human rights law and the First Amendment. Professor Sunder has published articles in the Yale Law Journal, the Stanford Law Review, the California Law Review, the Texas Law Review, and Law and Contemporary Problems, among others. Her book, From Goods to a Good Life: Intellectual Property and Global Justice, was published by Yale University Press in 2012. 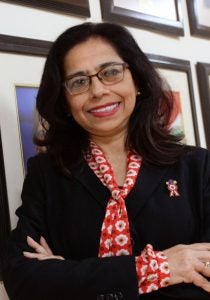 Marcela Huaita is a professor at the Pontificia Universidad Catolica del Peru and an Associate Researcher of the Institute of Democracy and Human Rights – IDEHPUCP. Her work focuses on gender and corruption, children rights, right to health, sexual and reproductive rights, gender based violence, and migration. She has published extensively on the major legal barriers for women in the Latin American region. She is also the co-founder of Red Alas, a network of scholars interested in the inclusion of sexual and gender perspectives in Latin American legal education. In the peruvian government, she has served as the Minister of Women and Vulnerable Populations (2015-2016), the Vice-minister of the Ministry of Women and Vulnerable Populations (2012-2014) and the General Secretary of the President of the Council of Ministers-PCM (2014-2015). In 2018, she was appointed as independent expert at the Committee of Experts of the MESECVI / OEA, exercising as President for the Period 2022-2023. 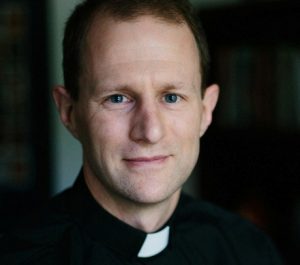 Fr. Matthew Carnes, S.J., is an associate professor in the Department of Government and the Edmund A. Walsh School of Foreign Service at Georgetown University. His research examines the dynamics of labor and social welfare policy in developing and middle-income countries. A specialist on Latin America, he has conducted extensive field research and has worked on several development projects. He is the author of Continuity Despite Change: The Politics of Labor Regulation in Latin How America (Stanford University Press, 2014), and numerous journal articles. A distinguished educator, he has received three of Georgetown University’s highest teaching awards, including Georgetown College’s Edward B. Bunn, S.J. Award (2017 and 2011), the Edmund A. Walsh School of Foreign Service Faculty of the Year Award (2013), and the University-wide Dorothy Brown Award for Outstanding Teaching Achievement (2011). He served as the Director of Georgetown’s Center for Latin American Studies from 2016-2022. 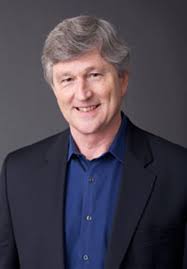 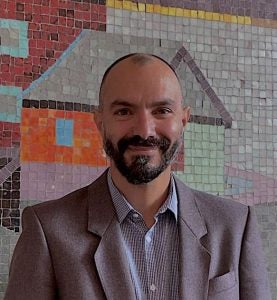 Nicolás M Perrone is a Professor of Economic Law at Escuela de Derecho, Universidad de Valparaíso in Chile. He previously taught at Durham University and Universidad Externado de Colombia, and was a Visiting Professor at the Universidad Nacional de San Martín, the International University College of Turin and the University of Eastern Piedmont. He has published widely on international trade law, international investment law and ISDS. His first book Investment Treaties and the Legal Imagination: How foreign investors play by their own rules (OUP 2021) explores how a group of business leaders, financiers and lawyers developed the legal imagination that still dominates foreign investment governance. In 2022, Nicolás was awarded a Fondecyt Grant from the Chilean Research Council to study the interplay between international investment law and local communities in extractive projects. 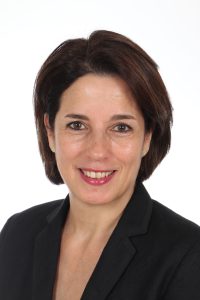 Dr. Pascale Accaoui Lorfing is a researcher associated with the CREDIMI (Centre de recherche sur le droit des marchés et des investissements internationaux), a research center on international markets and investment law affiliated to the University of Burgundi in France, and a lecturer at the ESCP Business School in Paris. Her research focuses on international contracts and investment contracts. She co-edited a book with Dr. Yulia Levashova on Balancing the Protection of Foreign Investors and States’ Responses in the (Post) Pandemic World, published by Kluwer (2022), and published a book on The Renegotiation of the International Contract published by Bruylant (2011). She also co-leads the investment chronicle of the International Business Law Journal. She is member of several working groups including the Working Group on International Contracts (Groupe de Travail sur les Contrats Internationaux), the Society of Comparative Legislation (Société de législation comparée), and the International Law Association (French branch). 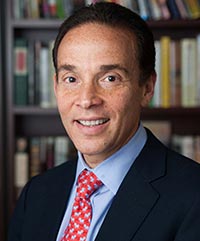 Ricardo Ernst is the Baratta Chair in Global Business, Professor of Operations and Global Logistics, and the Deputy Dean of the McDonough School of Business at Georgetown University. He also leads the Latin American Business Program, associated with the McDonough School of Business. His research interests include strategic analysis of logistics systems at both macro and micro level. He has been involved in developing metrics and performance evaluations for the logistics requirements and challenges for coordinating complex supply chain projects including non-for profit organizations like the Pan American Health Organization and EX-IM Bank. Professor Ernst also co-authored a book on Global Operations and Logistics (John Wiley and Sons, 1998) which includes an innovative framework and cases from Europe, Asia, the US and Latin America. 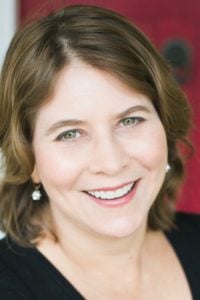 Rosa Brooks, a Scott K. Ginsburg Professor of Law and Policy and the Associate Dean for Centers and Institutes, teaches courses on international law, national security, constitutional law and criminal justice at Georgetown Law Center. In addition to her work a Professor, she has also worked in government service and journalism. This has included serving as Counselor to Under Secretary of Defense for Policy, founding the Defense Department’s Office for Rule of Law and International Humanitarian Policy, and serving as a senior advisor at the US Department of State. She has written articles for a variety of sources, including Foreign Policy, Los Angeles Times, New York Times, the Wall Street Journal, and the Washington Post. Her most recent book Everything Became War and the Military Became Everything was a New York Times Notable Book of 2016, shortlisted for the Lionel Gelber Prize and named one of the five best books of the year by the Council on Foreign Relations. 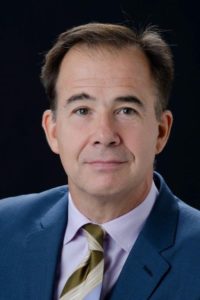 Sean Hagan is a Visiting Professor at Georgetown Law Center, focusing on international finance and international law. Prior to teaching, he was the IMF’s General Counsel for fourteen years where he advised the IMF’s management, Executive Board and membership on all legal aspects of the IMF’s operations. He also led a number of policy initiatives, including the reform of the IMF’s anti-corruption policy. He has published extensively on both the law of the IMF and a broad range of issues relating to the prevention and resolution of the financial crisis, with a particular emphasis on insolvency and the restructuring of debt. During the 2018-2019 academic year, he was a Visiting Fellow at Oxford University (Exeter College).