Menu
Home
Events
The Color of Surveillance: Policing of Abortion and Reproduction

The Color of Surveillance

The state has long controlled, surveilled, and criminalized the bodies and reproductive choices of women and those who are or can become pregnant. The apparatus behind this is sprawling.

This conference centered the monitoring, tracking, surveillance, and policing of women, people who seek abortions, and those who are or are able to become pregnant. We situate these discussions within various overlapping contexts, including: the legal and civil rights implications of Dobbs v. Jackson Women’s Health Organization; the current landscape of digital surveillance of vulnerable groups, including abortion-seekers; historical and ongoing racial violence and injustice such as the forced sterilization of Black and Indigenous women and criminalization of their pregnancies; and the rising tide of transphobia and homophobia demonstrated in state laws being introduced across the country.

Kate Bertash is Director of the Digital Defense Fund, leading a team that provides technology and security resources and front-line support to the American abortion access movement. She brings together a background in nonprofit operations, technology startups, and public policy to this work. In her free time she designs fabrics that fool surveillance systems, and co-organizes the Cryptography & Privacy Village at America’s largest hacker conference. 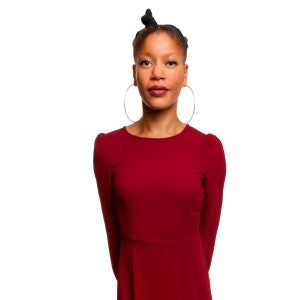 Khiara M. Bridges is a professor of law at UC Berkeley School of Law. She has written many articles concerning race, class, reproductive rights, and the intersection of the three. Her scholarship has appeared in the Harvard Law Review, Stanford Law Review, the Columbia Law Review, the California Law Review, the NYU Law Review, and the Virginia Law Review, among others. She is also the author of three books: Reproducing Race: An Ethnography of Pregnancy as a Site of Racialization (2011), The Poverty of Privacy Rights (2017), and Critical Race Theory: A Primer (2019). She is a coeditor of a reproductive justice book series that is published under the imprint of the University of California Press. She graduated as valedictorian from Spelman College, receiving her degree in three years. She received her J.D. from Columbia Law School and her Ph.D., with distinction, from Columbia University’s Department of Anthropology. While in law school, she was a teaching assistant for the former dean, David Leebron (Torts), as well as for the late E. Allan Farnsworth (Contracts). She was a member of the Columbia Law Review and a Kent Scholar. She speaks fluent Spanish and basic Arabic, and she is a classically trained ballet dancer. 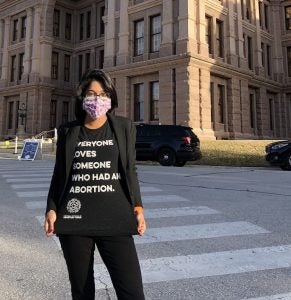 Rosann Mariappuram (she/her) is the Executive Director of Jane’s Due Process, an organization that fights for teens’ reproductive rights in Texas and helps young people confidentially access abortion and birth control. She has been working in reproductive health, rights and justice for the last 10 years on the national and state level. Rosann is a graduate of the University of Texas School of Law, City College of New York and New York University. She is originally from Ohio and is the proud daughter of immigrant parents. 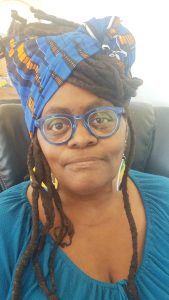 Cynthia Parker-Ohene is a three-time Pushcart nominee, abolitionist, cultural worker, and therapist. She is an MFA graduate in Creative Writing at Saint Mary’s College of California, and the Chester Aaron Scholar for Excellence in Creative Writing. She is a winner of the San Francisco Foundation/Nomadic Press Poetry Prize. Her recent work has appeared in Poetry Daily, Verse Daily, The Rumpus, Black Warrior Review, Bellevue Literary Review, Kweli, and Green Mountains Review, West Branch among others. She has received fellowships and support from Tin House, Callaloo, Juniper, Hurston-Wright Foundation, Naropa University, and elsewhere, as well as work in the anthologies, Black Nature: Four Centuries of African American Nature, and The Ringing Ear: Black Poets Lean South. She is also a Poetry Reader for The Adroit Journal. Her book Daughters of Harriet is published by The Center for Literary Publishing, Colorado State University. 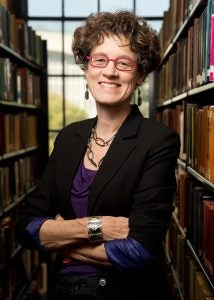 Leslie J. Reagan (pronounced with a hard “e”) is Professor of History at the University of Illinois at Urbana-Champaign where she has affiliations in the Departments of Gender and Women’s Studies, Media Studies, and the College of Law. Her Ph.D. is from the University of Wisconsin-Madison, where she studied in both the History Department and the History of Medicine Program in the UW College of Medicine. Dr. Reagan is the author of When Abortion Was a Crime: Women, Medicine, and Law in the United States, 1867-1973, which won the Willard Hurst book award among others and is the “go-to” book on the century when abortion was illegal. A second edition with a new update is now available. She is also the author of the award-winning Dangerous Pregnancies: Mothers, Disabilities, and Abortion in Modern America, which investigates the German measles (rubella) epidemic of the early 1960s and the role the disease and disabilities played in early abortion law reform. She is currently completing a book on the history of the health effects of Agent Orange in the United States and Vietnam. She appears frequently on National Public Radio, various podcasts, including the “Ezra Klein Show,” and has written for the Washington Post, Slate, Ms. Magazine and other publications. She is on the steering committee of her local ACLU chapter and actively works to address racism and the growing surveillance of students in the local schools.