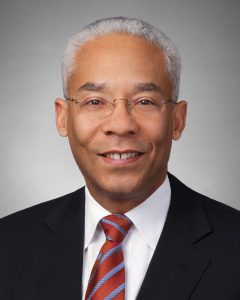 David currently serves as Deputy Monitor of the team selected to oversee the reform of the New Orleans Police Department pursuant to the consent decree between the City of New Orleans and the Department of Justice.  He has drawn on that experience to form Effective Law Enforcement for All, www.ele4a.org, an organization dedicated to using the standards and approach of consent decrees to partner with communities and their police to achieve policing that is “safe and effective for police and the communities they serve.”

David is a Fellow of the American College of Trial Attorneys, which is composed of the best of the trial bar from the U.S. and Canada. Fellowship is extended by invitation only and only after careful investigation to those experienced trial lawyers who have mastered the art of advocacy and whose professional careers have been marked by the highest standards of ethical conduct, professionalism, civility, and collegiality. Membership in the College cannot exceed one percent of the total lawyer population of any state or province. David is also a former Chair of the American Bar Association’s 10,000 member Health Law Section.

David serves on the Board of the Washington Lawyer’s Committee for Civil Rights and Urban Affairs, which deploys the best legal talent to fight discrimination, repair the damage of racial inequity, and break down barriers to opportunity. He also serves on the Advisory Board of the Institute for Inclusion in the Legal Profession, an organization comprised of corporations, law firms, and attorneys devoted to driving real progress toward creating a more inclusive legal profession through comprehensive outreach and original programming to replace barriers with bridges between legal, judicial, professional, educational, and governmental institutions. He previously served on the Board of Appleseed Foundation, a nonprofit network of 17 public interest justice centers in the U.S. and Mexico dedicated to building a society in which opportunities are genuine, access to the law is universal and equal, and government advances the public interest.  David is Managing Partner of the D.C. office of Sheppard Mullin Richter & Hampton, where is practices focuses on litigation and investigations.