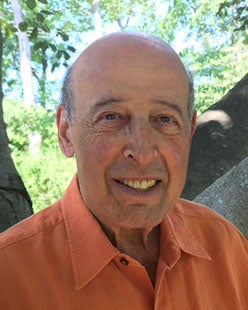 Ervin Staub created the original training for police officers to prevent unnecessarily harmful behavior by their fellow officers after the Rodney King incident in Los Angeles in 1991. He is originally from Hungary, received a Ph.D. at Stanford, and taught at Harvard, before moving to the University of Massachusetts, Amherst. He is past President of the International Society for Political Psychology, and of the Society for the Study of Peace, Conflict and Violence. His best known book is The Roots of Evil: The origins of genocide and other group violence. His last two books are the award-winning Overcoming Evil: Genocide, Violent Conflict and Terrorism, and The Roots of Goodness and Resistance to Evil: Inclusive caring, moral courage, altruism born of suffering, active bystandership and heroism. Dr. Staub also published many research articles and books chapters.

Dr. Staub was invited to create the original police active bystandership training by the California Commission on Police Officer Standards and Training (POST), which then recommended that a course on it be taught to all officers, and elements of it be included in all police courses, from basic training to executive development.  Since California opted to implement the course internally, it is unclear how much of it actually was done.

Information about the California training, however, was brought in 2014 to the New Orleans Police Department and then-Superintendent Michael Harrison by Mary Howell, a friend of Ervin Staub who had a copy of the training. Ms. Howell is a civil rights attorney in New Orleans who worked closely with a number of officers, community members, and other stakeholders, including U.S. Department of Justice lawyer Christy Lopez (now the co-director of the Georgetown Law Center IPP).  The NOPD jumped at the opportunity to bring the training to New Orleans and quickly put together a working group of officers, police leaders, and community members to build out a curriculum that focused on using intervention skills to prevent misconduct, prevent mistakes, and promote officer health and wellness.  That original working group included Ervin Staub, Jonathan Aronie, now the Chair of the ABLE Project Board of Advisors, Joel Dvoskin, Ted Quant, Mary Howell, Arlinda Westbrook, John Thomas, and other members of the NOPD and New Orleans community.

The program that was collectively developed, called EPIC (Ethical Policing Is Courageous) was very successful, received significant positive media attention, and ultimately gave rise to the national ABLE Project, through which tens of thousands of officers across the country are now being trained. ABLE is a training that is also a vehicle for cultural change.  And since ABLE training is required for ALL officers (from the chief/sheriff on down), it helps drive that positive cultural change from the top down and from the bottom up.

The background to all of Dr. Staub’s work on training for law enforcement was research he has been conducting for over 50 years on caring, helping, active and passive bystandership, and the roots of mass/group violence and its prevention, and reconciliation between groups as a way of improve people’s lives and prevent new violence.  The original motivation to engage in such work certainly comes from his childhood experience, when as a young child he survived the Holocaust in Hungary, aided by two heroic, active bystanders. He then lived under communism, and escaped from Hungary at age 18 after a revolution in Hungary was put down by the Soviet army. He lived in Vienna for 3 years and then came to the United States.  Working on these matters his engagement with subject matter deepened, with evolution (i.e., people changing as a result of their own actions) a basic finding of his research, and basic concept in his work on both harm-doing and violence.

Dr. Staub has applied his research and gained further experience in many “real world” projects. He worked with teachers/schools and parents to promote altruism in children. He created projects in Rwanda starting in 1999 to promote reconciliation after the 1994 genocide, using trainings/workshops in collaboration with Laurie Anne Pearlman, a specialist in psychological trauma, and through educational radio programs in collaboration also with producer George Weiss. These programs have expanded to Burundi and the Congo, and in 2021 are still ongoing in Rwanda and Burundi. Dr. Staub worked with the city government in Amsterdam to promote positive Dutch-Muslims relations after substantial violence in that city. He also developed a training for students to stop harmful actions by fellow students, which, together with a study to evaluate its effects is described in Chapter 16 of The roots of goodness.

Dr. Staub has given talks all over the world, including in Belgrade, Serbia, about the roots of violence between groups, at the time Serb militias were attacking Sarajevo and NATO began bombing Serb positions surrounding Sarajevo. He received varied awards, from the International Society for Political Psychology, from the Society for the Psychological Study of Social Issues, for life-long contributions to peace psychology from the Society for the Study of Peace, Conflict and Violence, and from other organizations.

For awards and downloads of articles, see https://people.umass.edu/estaub/