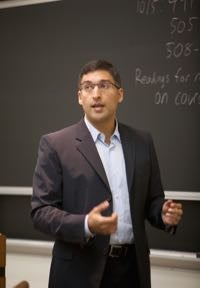 Neal Katyal is the Faculty Chair of the Institute for Constitutional Advocacy and Protection as well as the Paul and Patricia Saunders Professor of National Security Law at Georgetown University.

He has served as Acting Solicitor General of the United States, where he argued several major Supreme Court cases involving a variety of issues, such as his successful defense of the constitutionality of the Voting Rights Act of 1965, his victorious defense of former Attorney General John Ashcroft for alleged abuses in the war on terror, his unanimous victory against eight states who sued the nation’s leading power plants for contributing to global warming, and a variety of other matters.

As Acting Solicitor General, Katyal was responsible for representing the federal government of the United States in all appellate matters before the U.S. Supreme Court and the Courts of Appeals throughout the nation.  Katyal previously served as National Security Adviser in the U.S. Justice Department and was commissioned by President Clinton to write a report on the need for more legal pro bono work.

He also served as Vice President Al Gore’s co-counsel in the Supreme Court election dispute of 2000, and represented the deans of most major private law schools in the landmark University of Michigan affirmative-action case Grutter v. Bollinger (2003).  Katyal clerked for Supreme Court Justice Stephen Breyer as well as Judge Guido Calabresi of the Second Circuit Court of Appeals.  He attended Dartmouth College and Yale Law School.  His articles have appeared in virtually every major law review and newspaper in America. 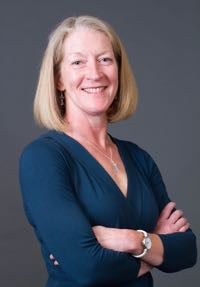 Mary McCord is Executive Director of the Institute for Constitutional Advocacy and Protection (ICAP) and a Visiting Professor of Law at Georgetown University Law Center.  At ICAP, McCord leads a team that brings constitutional impact litigation at all levels of the federal and state courts across a wide variety of areas including First Amendment rights, immigration, criminal justice reform, and combating the rise of private paramilitaries.

Previously, McCord was an Assistant U.S. Attorney for nearly 20 years at the U.S. Attorney’s Office for the District of Columbia.  Among other positions, she served as a Deputy Chief in the Appellate Division, overseeing and arguing hundreds of cases in the U.S. and District of Columbia Courts of Appeals, and Chief of the Criminal Division, where she oversaw all criminal prosecutions in federal district court.

McCord is a statutorily designated amicus curiae for the Foreign Intelligence Surveillance Court and Foreign Intelligence Surveillance Court of Review.  McCord served as legal counsel to the U.S. House of Representatives Task Force 1-6 Capitol Security Review appointed by Speaker Nancy Pelosi after the January 6, 2021, attack on the U.S. Capitol.  McCord also served on the Columbus Police After Action Review Team tasked with evaluating how the Columbus, Ohio, Police Department responded to the 2020 summer protests.

McCord received the Oliver White Hill Courageous Advocate Award from the Virginia Trial Lawyers’ Association in 2018, based on her work with ICAP litigating against white supremacist and private militias that attended the Unite the Right rally in Charlottesville, Virginia, in 2017.

McCord graduated from Georgetown University Law School and served as a law clerk for Judge Thomas Hogan of the U.S. District Court for the District of Columbia. 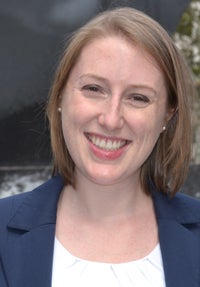 Amy Marshak is Managing Director at the Institute for Constitutional Advocacy and Protection and Senior Lecturer at Georgetown University Law Center. Immediately prior to joining the Institute, Marshak was an attorney with the National Security Division of the U.S. Department of Justice, where she engaged in policy and appellate work and served as counsel to the Assistant Attorney General for National Security. She previously served as a law clerk to Justice Ruth Bader Ginsburg of the United States Supreme Court, Chief Judge Robert A. Katzmann of the Second Circuit Court of Appeals, and Judge Jed S. Rakoff of the Southern District of New York. She also worked as an attorney and intelligence analyst in the Intelligence Division of the New York Police Department. Marshak was named a 2019 immigration law trailblazer by the National Law Journal for her work at ICAP. 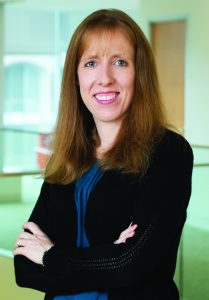 Kelsi Brown Corkran is Supreme Court Director at the Institute for Constitutional Advocacy and Protection.  She oversees ICAP’s Supreme Court litigation, specializing in civil rights and criminal justice matters at both the certiorari and merits stages.

Corkran served as lead counsel in two of the most significant civil rights cases before the Supreme Court in the 2020 term: Torres v. Madrid, in which the Court reversed a lower court decision holding that the victim of a police shooting is deprived of protection under the Fourth Amendment if the police are not immediately successful in apprehending her, and Taylor v. Riojas, a challenge to inhumane prison conditions that marked the first time in 16 years that the Court denied qualified immunity to a government officer.  In 2018, Corkran successfully argued before the Court on behalf of the plaintiff in City of Hays v. Vogt, a civil rights suit asserting violations of the Fifth Amendment’s Self-Incrimination Clause.  She has also argued over 30 cases in the courts of appeals, including 11 of the 13 U.S. Courts of Appeals and the en banc Ninth Circuit.

Immediately prior to joining ICAP, Corkran was the Head of the Supreme Court Practice at Orrick, Herrington & Sutcliffe.  She previously served as a law clerk to Justice Ruth Bader Ginsburg of the United States Supreme Court and Judge David S. Tatel of the U.S. Court of Appeals for the D.C. Circuit.  Among other positions, she was as an attorney with the Civil Appellate Staff at the U.S. Department of Justice and in the Communications Office of the White House’s Executive Office of the President, where she assisted with judicial nominations, including the confirmation hearings of Justice Sonia Sotomayor.  Before law school, she was a social worker in Philadelphia’s foster care system. 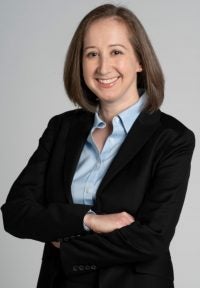 Annie Owens is Senior Counsel at the Institute for Constitutional Advocacy and Protection. Immediately before joining the Institute, she was a Senior Counsel to the Ranking Member of the United States Senate Committee on the Judiciary, where she had primary responsibility for oversight and constitutional law issues. She also played a key role in the strategy and hearing preparation for two Supreme Court vacancies.

Before that, Owens served as an Attorney-Adviser in the Justice Department’s Office of Legal Counsel, where she assisted in providing authoritative legal advice to the White House and Executive Branch agencies. Before joining OLC, she was a counsel in the Appellate and Supreme Court Litigation group at Wilmer Cutler Pickering Hale and Dorr.

Owens previously served as a Bristow Fellow in the Justice Department’s Office of the Solicitor General and as a law clerk to the Honorable Carolyn Dineen King, then-Chief Judge of the United States Court of Appeals for the Fifth Circuit. 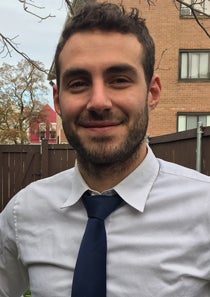 Seth Wayne is Senior Counsel at the Institute for Constitutional Advocacy and Protection.  Before joining the Institute, he was a trial attorney in the Special Litigation Section of the U.S. Department of Justice’s Civil Rights Division, where he investigated and litigated cases involving law enforcement agencies engaged in a pattern or practice of civil rights violations.  Prior to joining the Department of Justice, he was a Liman Public Interest Fellow and staff attorney at the Orleans Public Defenders, where he represented indigent people charged with crimes in the New Orleans Criminal District Court, with a focus on people with lived experience of mental illness. 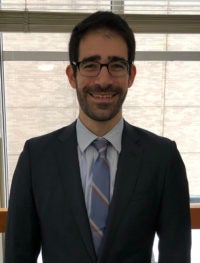 Jonathan Backer is Counsel at the Institute for Constitutional Advocacy and Protection.  Before joining the Institute, Jonathan served as a law clerk to Judge Ronald Lee Gilman of the Sixth Circuit Court of Appeals and to Judge Paul W. Grimm of the District of Maryland.  He also served as a foreign law clerk to Justice Miriam Naor, President of the Supreme Court of Israel.  Prior to law school, Jonathan researched campaign-finance and Senate Rules reform at the Brennan Center for Justice and served as a legislative assistant at the Religious Action Center of Reform Judaism. 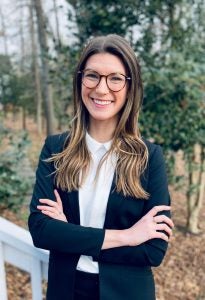 Shelby Calambokidis is Counsel at the Institute for Constitutional Advocacy and Protection.  Before joining the Institute, she served as a law clerk to Judge Henry F. Floyd on the Fourth Circuit Court of Appeals and to Judge Amit P. Mehta on the U.S. District Court for the District of Columbia.  She also served as a law fellow at the American Federation of Labor and Congress of Industrial Organizations (AFL-CIO).  While in law school, she interned at the Southern Poverty Law Center, where she worked on a federal class action challenging the provision of constitutionally inadequate medical and mental health care in Alabama’s prison system. 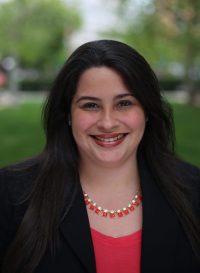 Jennifer Safstrom is Counsel at the Institute for Constitutional Advocacy and Protection. Prior to joining the Institute, she served as the Dunn Legal Fellow at the American Civil Liberties Union (ACLU) of Virginia, where she worked on litigation and legislation related to numerous civil rights issues. She received her J.D. from Georgetown University Law Center in May 2018, where she served as Editor in Chief of the Georgetown Journal of Law & Modern Critical Race Perspectives, Employer Outreach Chair for the Latin American Law Student Association, and member of the Appellate Litigation Clinic. She earned her B.A. in International Studies from the University of Miami in 2011. Her legal scholarship has been published in the Georgetown Law Journal, Yale Journal of Law & Feminism, Harvard Latinx Law Review, Barry Law Review, Georgetown Immigration Law Journal, and Loyola University Chicago’s Annals of Health Law & Life Sciences, among others. She has also been quoted by the Washington Post, Above the Law, City Lab, and Breitbart, as well as other local and national publications. 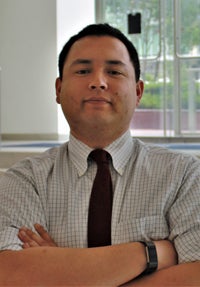 Jonathan de Jong is the Litigation and Operations Clerk at the Institute for Constitutional Advocacy and Protection. Immediately prior to joining ICAP, he worked in the Office of Enrollment at the Georgetown School of Continuing Studies.

He previously worked as a litigation paralegal at Covington & Burling LLP and as an English teacher in Vietnam with Princeton in Asia.

Jonathan is a graduate of the University of Pennsylvania and is currently a J.D. candidate in Georgetown University Law Center’s evening program.