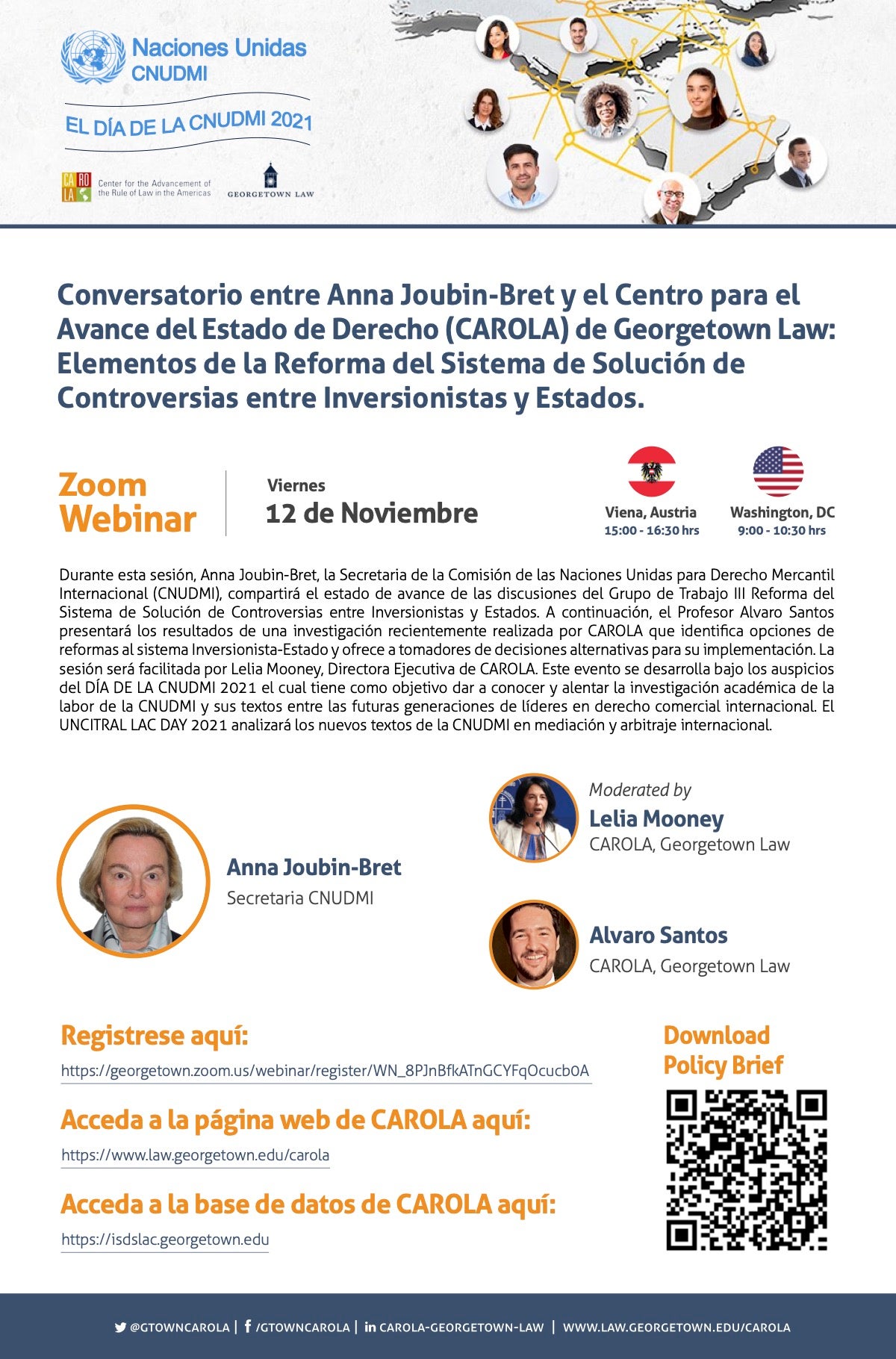 In recent years, Investor-State Dispute Settlement (ISDS) has been at the center of the debate over the effects of globalization and the entrenchment of corporate power worldwide. As the number of ISDS cases has grown, so too has skepticism over the ISDS system’s benefits. Against the background of the ongoing debate about this expanding area of international dispute settlement, the United Nations Commission on International Trade Law (UNCITRAL), mandated its Working Group III in 2017 to work on a comprehensive reform of ISDS. It is currently developing concrete reform elements to address the concerns identified in regard to the existing system.

Anna Joubin-Bret, who leads UNCITRAL’s efforts, will provide an update on where UNCITRAL stands in the reform process and the pathway forward. CAROLA Faculty Director and Professor Alvaro Santos will follow Joubin-Bret’s remarks with a presentation on the results of a policy brief recently launched by CAROLA that provides policy makers with a set of international investment reform options and mechanisms to implement them. Lelia Mooney, CAROLA’s Executive Director and Adjunct Professor, will facilitate the panel.

Register for the event here.