The Case of Mexico vs U.S. Gun Manufacturers 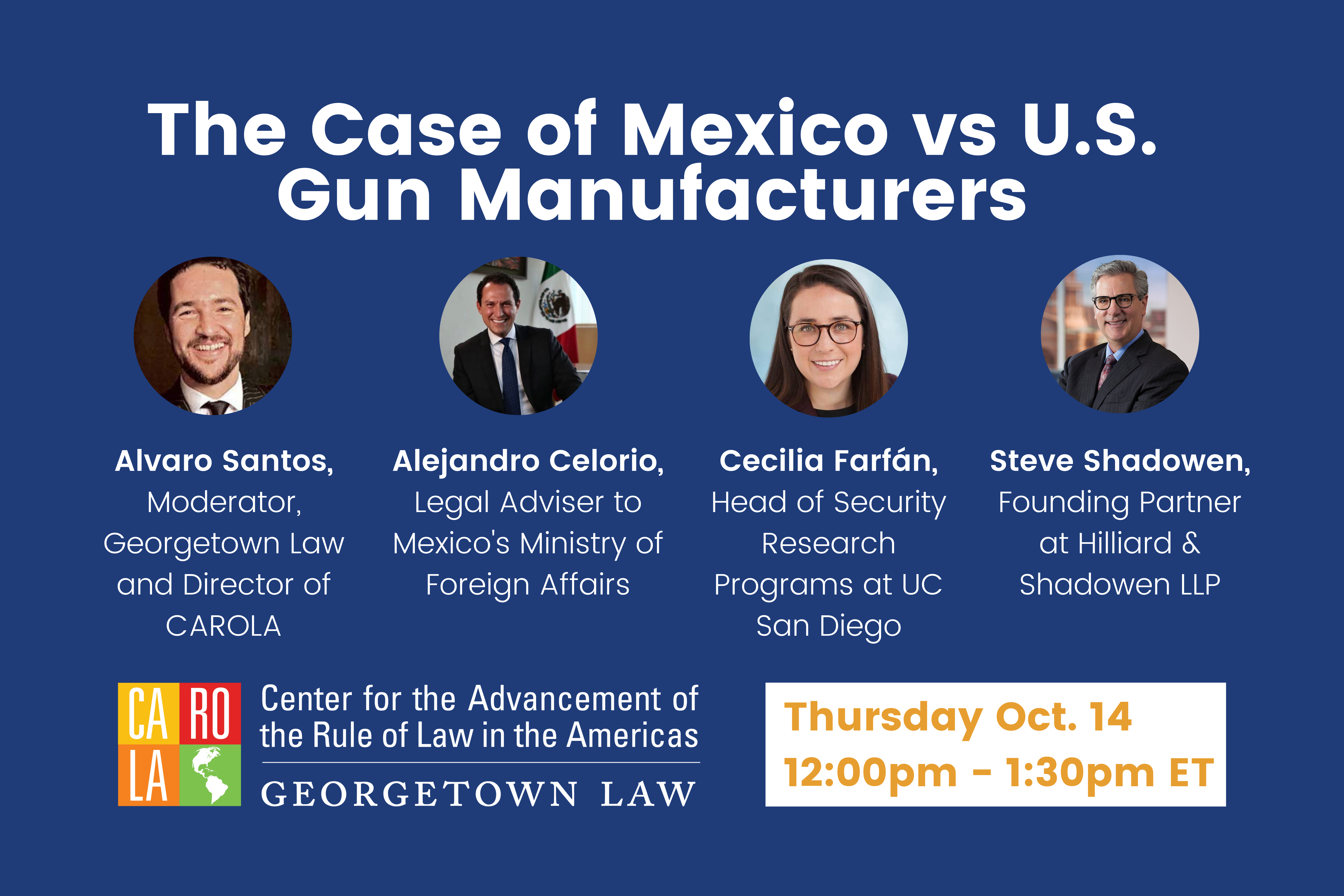 Mexico’s government has sued ten U.S. gun companies in Massachusetts’ federal district court alleging that these companies have fueled arms trafficking to Mexico, contributed to Mexico’s escalation of violence and loss of human life and economic harm. Since 2007, when Mexico launched its war on drugs, more than 250,000 people have been killed and nearly 100,000 persons have disappeared. The death toll has continued to climb in recent years. More than 200,000 firearms are illegally trafficked to Mexico from the U.S. every year. About seventy percent of firearms recovered in crime investigations in Mexico originate in the United States.

At CAROLA’s event on Oct. 14, panelists discussed the main arguments in Mexico’s complaint and the possibilities for success given U.S. regulation and the experience of similar litigation efforts in the United States. The governments of the United States and Mexico just announced the Bicentennial Framework on Security, Public Health, and Safe Communities. Panelists reflected on how this case may fit in a broader strategy to prevent firearms trafficking to Mexico and to reduce violence.

Watch the recording of the event here.