Each year, the Georgetown Center for the Constitution sponsors the Originalism Summer Seminar "Boot Camp," Salmon P. Chase Lecture and Colloquium to highlight a moment in constitutional history and the annual Thomas M. Cooley Book Prize, Symposium, and Judicial Lecture to recognize a book that deepens our understanding of the Constitution.

In May, the Center offers a week-long “boot camp” on originalism in theory and practice, open to students from all law schools. Students admitted into the Originalism Summer Seminar will receive a $1,000 award.

Together with the Supreme Court Historical Society, the Center sponsors the annual Salmon P. Chase Distinguished Lecture and Faculty Colloquium on some aspect of our constitutional history. Each lecture is delivered in the courtroom of the Supreme Court of the United States and is hosted by a Justice. The next day, a group of scholars meets at Georgetown Law to discuss papers written on the topic of the lecture. The lecture and papers are then published in the Georgetown Journal of Law & Public Policy.

Topics and lecturers to date have been:

• 2020: Commemorating the 100th anniversary of the adoption of the Nineteenth Amendment (by professor Martha Jones) (2020 Salmon P. Chase Lecture can be viewed here)

• 2018: The 150th anniversary of the publication of Thomas Cooley’s Treatise on the Constitutional Limitations which Rest Upon the Legislative Power of the States of the American Union (1868) (by historian Charles McCurdy)

• 2016: The 225th anniversary of the adoption of the Bill of Rights (by political scientist Colleen Sheehan) (2016 Salmon P. Chase Lecture can be viewed here)

The annual Thomas Cooley Book Prize of $50,000 honors a book for its contribution to our understanding of the Constitution. The faculty symposium helps promote the book to a wider audience of scholars by gathering a select group of experts to discuss the book. Thomas McIntyre Cooley was a longstanding Chief Justice of the Michigan Supreme Court, and a professor at the University of Michigan Law School, where he also served as the Dean. Cooley was a renowned legal scholar who authored several highly influential treatises, including A Treatise on the Constitutional Limitations Which Rest Upon the Legislative Power of the States of the American Union and The General Principles of Constitutional Law in the United States of America.

The fourth annual Thomas Cooley Book Prize of $50,000 was awarded to Professor Sean Wilentz of Princeton University for his book, No Property in Man: Slavery and Antislavery at the Nation’s Founding (Harvard University Press, 2018). The Cooley Judicial Lecture will be delivered by the Honorable Neomi Rao of the U.S. Court of Appeals for the D.C. Circuit.

The third annual Thomas Cooley Book Prize of $50,000 was awarded to Professor Keith E. Whittington of Princeton University for his book, Repugnant Laws: Judicial Review of Acts of Congress from the Founding to the Present (University Press of Kansas, 2019).

The second annual Thomas Cooley Book Prize was awarded to Harvard Law Professor Richard Fallon for his recent book, Law and Legitimacy in the Supreme Court.  On April 11th, the evening before the Cooley Prize Symposium, the Center held its first annual Thomas Cooley Judicial Lecture to honor his work as a judge. The inaugural Cooley Lecturer was Judge Joan Larsen of the Sixth Circuit Court of Appeals. Like Thomas Cooley, Judge Larsen, was both a member of the Michigan Law School faculty and a justice on the Michigan Supreme Court. To draw academic attention to the book, a group of 25-30 scholars gathered at Georgetown Law on Friday, April 12th, 2019 to discuss and critique four faculty commentaries on the book. 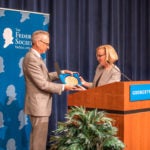 The first recipients of the annual Thomas M. Cooley Book Prize of $50,000 were professors Gary Lawson (Boston University School of Law) and Guy Seidman (IDC Herzliya—Radzyner School of Law) for their book, A Great Power of Attorney: Understanding the Fiduciary Constitution (Kansas University Press, 2017), which explores the type of legal document that is the Constitution and how this affects the powers it grants to government officials and the duties they owe to the public. 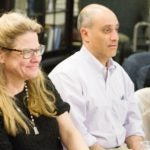 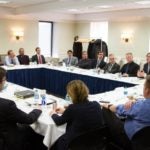 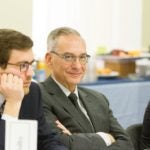 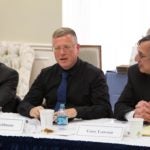