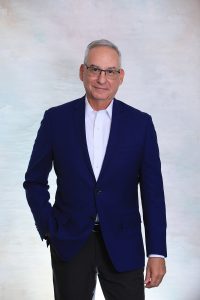 Randy E. Barnett is the Patrick Hotung Professor of Constitutional Law at the Georgetown University Law Center and is Director of the Georgetown Center for the Constitution. After graduating from Northwestern University and Harvard Law School, he tried many felony cases as a prosecutor in the Cook County States’ Attorney’s Office in Chicago. A recipient of a Guggenheim Fellowship in Constitutional Studies and the Bradley Prize, Professor Barnett has been a visiting professor at Penn, Northwestern and Harvard Law School.

Professor Barnett’s publications includes twelve books, more than one hundred articles and reviews, as well as numerous op-eds. His most recent book is The Original Meaning of the Fourteenth Amendment: Its Letter and Spirit (2021) (with Evan Bernick). His other books on the Constitution include: An Introduction to Constitutional Law: 100 Supreme Court Cases Everyone Should Know (2019) (with Josh Blackman); Restoring the Lost Constitution: The Presumption of Liberty (2nd ed. 2013); Our Republican Constitution: Securing the Liberty and Sovereignty of We the People (2016); and Constitutional Law: Cases in Context (4th ed. forthcoming 2022) (with Josh Blackman). His books on contracts are The Oxford Introductions to U.S. Law: Contracts (2010) and Contracts: Cases and Doctrine (7th ed. 2021) (with Nate Oman). And he is the author of The Structure of Liberty: Justice and the Rule of Law (2nd ed. 2014).

In 2004, he argued the medical marijuana case of Gonzalez v. Raich before the U.S. Supreme Court. In 2012, he was one of the lawyers representing the National Federation of Independent Business in its constitutional challenge to the Affordable Care Act in NFIB v. Sebelius. He’s appeared in numerous documentaries, including PBS’s Constitution USA with Peter Sagal and A More or Less Perfect Union with Judge Douglas Ginsburg; and he portrayed a prosecutor in the 2010 science-fiction feature film, InAlienable: The Movie. He blogs on the Volokh Conspiracy. 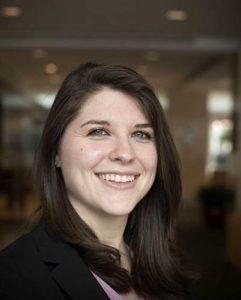 Alexa L. Gervasi is the Executive Director of the Georgetown Center for the Constitution. She oversees all of the Center’s activities, with emphasis on its Originalism Outside of Academia initiative. Gervasi previously worked as an attorney for the Institute for Justice, where her practice focused on fighting immunity doctrines and restoring constitutional accountability. She has represented clients in a wide range of constitutional matters, including before the United States Supreme Court, and regularly served as amicus on important constitutional issues. As a litigator, Gervasi often called on originalism and textualism to persuade courts and protect the rights of individuals.

Prior to joining the Institute for Justice, Gervasi clerked for Judge D. Michael Fisher of the U.S. Court of Appeals for the Third Circuit and Judge Don R. Willett of the U.S. Court of Appeals for the Fifth Circuit. She also previously practiced general business litigation as an associate at Quinn Emanuel Urquhart & Sullivan. Her opinion pieces and commentary regularly appear in popular publications such as The Wall Street Journal, Washington Post, USA Today, and Reuters, and she’s a regular guest on legal podcasts and radio shows.

Gervasi earned her JD from Georgetown Law as an evening student. While attending classes at night, Gervasi spent her days working as the Georgetown Center for the Constitution’s first-ever Program Manager. She used the lessons she learned from the Center as the foundational principles for her constitutional practice, which provided her with skills and expertise that she now uses as the Center’s first Executive Director. 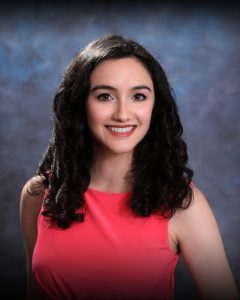 Elana Quint is the Program Manager of the Center and an evening student at Georgetown Law. She is the President and Co-Founder of the Conservative and Libertarian Student Association, Clerkship Chair of Georgetown’s Federalist Society chapter, a Technology Law & Policy Scholar, former President of the Cyberlaw Society, and competes on the Trial Advocacy Team. Previously, Elana interned for Judge Carl J. Nichols of the District Court for the District of Columbia, clerked for Senator Mike Lee on the Senate Judiciary Committee, and clerked for the Supreme Court Institute. After her graduation, Elana will clerk for Judge Kevin C. Newsom of the U.S. Court of Appeals for the Eleventh Circuit.

Elana graduated summa cum laude from Barrett, the Honors College at Arizona State University. She is the first graduate of the School of Civic and Economic Thought and Leadership and earned a second degree in Philosophy (Morality, Politics, and Law). Elana was the President of the Mock Trial team and competed across the country in Ethics Bowl Debate and Policy Debate. Prior to attending law school, Elana taught debate at the Victory Briefs Institute, and participated in fellowships with the Hertog Foundation, American Enterprise Institute, and the Institute for Justice. She is a four-time Arizona State Champion in speech and debate and a classical ballet dancer.