We are not currently accepting applications for our Visiting Scholars Program.

Our Visiting Scholars Program provides junior faculty members from other law schools the opportunity to spend a semester at Georgetown Law. The Program is intended to assist mid-tenure and recently-tenured faculty members in expanding their body of scholarship and producing a major work of scholarship, preferably a book, while in residence at Georgetown. The Visiting Scholar works closely with the Center’s scholars, attends faculty workshops, and participates in Professor Solum’s Advanced Constitutional Law Colloquium and Professor Barnett’s “Recent Books on the Constitution” seminar. 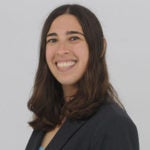 Professor Erica Goldberg will be the Center’s Visiting Scholar for Fall 2019 and is an Associate Professor of Law at the University of Dayton School of Law.  Her work primarily focuses on harmonizing tort law remedies with First Amendment rights. She examines the formal frameworks and dichotomies that safeguard robust free speech rights, such as the state action doctrine and the distinction between physical harm and emotional harm.  She has been published in the Columbia Law Review, Cardozo Law Review, Connecticut Law Review, and Michigan Law Review First Impressions. An op ed of hers appeared in The Columbus Dispatch, and she blogs at In a Crowded Theater. Links to her blog posts have appeared in media including The Washington Post and CNN.com.

In August 2017, Professor Goldberg joined the University of Dayton School of Law, where she teaches torts and criminal procedure.  Prior to this appointment, she was an assistant professor at Ohio Northern University Law School. She also taught Legal Research and Writing and a seminar on speech torts as a Climenko Fellow and Lecturer on Law at Harvard Law School and Civil Procedure, Criminal Procedure, and Law and Religion as a Visiting Assistant Professor at Penn State Law School.

After graduating from Stanford Law School, Professor Goldberg clerked for Judge Ronald L. Gilman on the United States Court of Appeals for the Sixth Circuit.  She also practiced appellate litigation at Latham & Watkins LLP, and served as a legal fellow at a nonpartisan nonprofit organization that protects the constitutional rights of students and faculty at universities, the Foundation for Individual Rights in Education.   Professor Goldberg has helped write briefs and petitions filed before several courts of appeals and the Supreme Court.

Professor Ilya Somin is a Professor of Law at George Mason University and will be the Center’s Visiting Scholar in Spring 2020. His research focuses on constitutional law, property law, and the study of popular political participation and its implications for constitutional democracy.  He is the author of Free to Move: Foot Voting, Migration, and Political Freedom (Oxford University Press, forthcoming),  Democracy and Political Ignorance: Why Smaller Government is Smarter(Stanford University Press, revised and expanded second edition, 2016), and The Grasping Hand: Kelo v. City of New London and the Limits of Eminent Domain (University of Chicago Press, 2015, rev. paperback ed., 2016), coauthor of A Conspiracy Against Obamacare: The Volokh Conspiracy and the Health Care Case(Palgrave Macmillan, 2013), and co-editor of Eminent Domain: A Comparative Perspective (Cambridge University Press, 2017).  Democracy and Political Ignorance has been translated into Italian and Japanese.