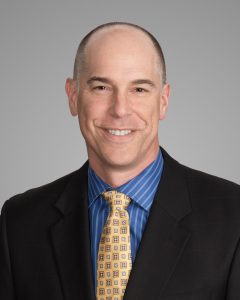 Jonathan Aronie is a partner at Sheppard Mullin where he is the Leader of the firm’s Government Contracts, Investigations, and International Trade Practice Group and is a former Managing Partner of the Washington, D.C. office.  Jonathan also is a founding member of the firm’s Organizational Integrity Group, a cross-disciplinary team of litigators, regulatory specialists, federal monitors, and ex-prosecutors with extensive experience helping organizations prevent and defend against challenges to their organizational integrity.  Jonathan is cleared at the highest levels (TS/SCI) and counsels and defends clients in classified matters.

After graduating from Brandeis University (1990) and Duke University School of Law (1993), during which he worked with the United States Attorney’s Office in North Carolina.  Jonathan served as a law clerk to the Honorable Judge Patricia Wynn on the DC Superior Court.  In the early 2000s, Jonathan served as the Deputy Independent Monitor over the Memorandum of Agreement between the Department of Justice and the DC Metropolitan Police Department.

As an outgrowth of his internal investigation practice, Jonathan was appointed in 2013 by the U.S. District Court for the Eastern District of Louisiana as the Monitor over the New Orleans Police Department.  Jonathan leads a team of former police chiefs, internationally-known professors, and other professionals who collectively are responsible for reviewing, assessing, and reporting publicly on the NOPD’s compliance with a far-reaching federal Consent Decree.  In this capacity, Jonathan works closely with the Department of Justice Civil Rights Division, NOPD management and officers, and members of the New Orleans community.  As a corollary to his work in New Orleans, Jonathan serves as a pro bono member of – and has helped guide the development of – the very successful NOPD EPIC (Ethical Policing Is Courageous) program, the country’s first department-wide peer intervention program for police officers.  Jonathan also serves as the chairperson of the Georgetown/Sheppard Mullin Active Bystandership for Law Enforcement (ABLE) Project Board of Advisors.

Jonathan has written over 100 articles, authored or co-authored three books, and speaks nationally on a wide range of topics, including Procurement Law, Corporate Ethics & Compliance Programs, Organizational Integrity, the Civil False Claims Act, and constitutional policing.  When not on the road lawyering or monitoring, Jonathan lives in Bethesda, Maryland with his wife and two very energetic teenage daughters.