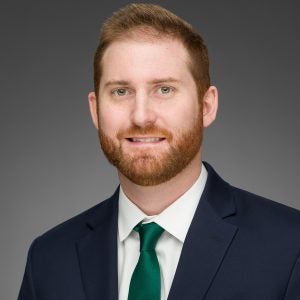 Eric Wall is an evening student in the Master of Laws (LLM) in Securities & Financial Regulation program at Georgetown University Law Center. Eric recently served as a law clerk for the Maryland Circuit Court for Anne Arundel County, located in his hometown of Annapolis, Maryland. After his clerkship, Eric joined the New York City office of Davis Polk & Wardwell LLP.

Before law school and while attending law school as an evening student, Eric worked in various economic policy roles. During the spring of 2020, Eric worked as a Legal Intern for the Securities & Exchange Commission in the Investment Management Division. Before that, Eric spent the summer of 2019 as a Summer Associate in Davis Polk’s New York and Washington DC offices. Previously, Eric was a Senior Research Analyst at FINRA (2017 – 2019), where he worked in FINRA’s innovation office and researched FinTech, cryptocurrencies, and other emerging financial regulatory issues.