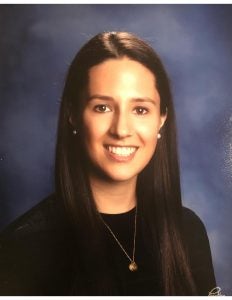 Sophie Mehta is a 1L at Georgetown Law from Toronto, Ontario. She graduated from Harvard College in 2019 where she was captain of the varsity squash team. As an undergraduate, Sophie studied history with a focus on foreign relations. Her decision to attend law school was driven by her interest in further understanding foreign relations and acquiring a skillset in transnational law and world trade.

As a Canadian citizen who was educated in the United States, Sophie is particularly interested in the unique trade relationship that exists between the United States and Canada; however, she looks forward to learning more about international economic law and how it affects the world at large.