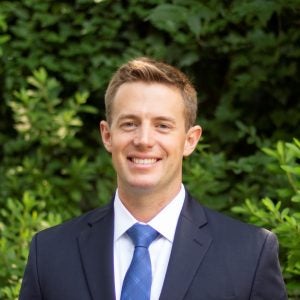 Zachary Grayson Newquist graduated from the United States Military Academy with a Bachelor of Science in Mandarin Chinese and Political Science: International Relations in in 2015. He graduated in the top 10% of his class, earning the Distinguished Cadet Award and Superintendent’s Award for Achievement. He was also selected to the Phi Kappa Phi, Phi Sigma Alpha, and Phi Sigma Iota honors societies as well as a George Marshall Scholar.

After graduation Zach earned a commission in the United States Army as an infantry officer. He served as a Platoon Leader, Executive Officer, and Assistant Operations Officer in the 82nd Airborne Division. Zach is also a graduate of the U.S. Army Ranger School, Airborne School, and Jumpmaster School.