Laura Peña (L’11) and Erika Pinheiro (L’10, MPP’10) have never met, but they share a common bond in addition to their alma mater. Confronted with recent policy shifts against asylum-seekers and immigrants from Latin America, each woman quit her job to take up their cause.

Peña, who is now Pro Bono Counsel for the American Bar Association Commission on Immigration, likens her decision to “a spiritual calling” that came in May 2018.

The politically active Rio Grande Valley native had “a great job at a wonderful firm” in Los Angeles and was in an airport, scrolling through the news feed on her phone, when she came across a livestream of a rally against the Trump administration’s family-separation policy. She tuned in just in time to hear Efren Olivares of the Texas Civil Rights Project.

“He was speaking passionately, in Spanish then English, about the reunification work the TCRP was doing on the border – work the government should have been doing, but wasn’t. I put the phone down and cried,” she said. “And I knew it then: ‘I’m going home.’ A few weeks later, I was at TCRP working with an incredible team to help reunify dozens of families.”

In Pinheiro’s case, the call was no less compelling. An immigration lawyer in Los Angeles, she had joined the board of the nascent Al Otro Lado (“to the other side”) in 2015 and would often volunteer at a legal clinic the nonprofit held every few months for asylum seekers in Tijuana.

“We would tell asylum seekers, ‘go to a port of entry, tell them you want asylum and they will process you,” she said. But after one clinic in October 2016, she got a call from Nicole Ramos, a colleague in Mexico. “She said, ‘they’re not taking people anymore,’” Pinheiro said. “We all quit our jobs a few months later and filed our first class-action in July 2017.”

So far, both Peña and Pinheiro’s leaps of faith have given them wings.

Pinheiro is now Policy and Litigation director at Al Otro Lado, an organization that has grown from three paid staffers to 26, with more than 2,000 volunteers. Her law and public-policy degrees from Georgetown allow her to leverage the skills of non-attorney volunteers and to harness the power of econometric analysis, both for legal argument and as a basis “for story-telling, to communicate with the general public.” In August, the New York Times used Al Otro Lado’s data for an interactive story about the effect of Trump’s immigration policies. 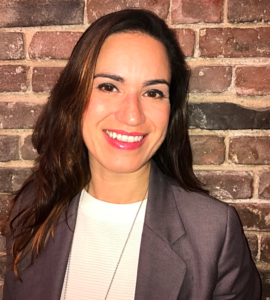 Al Otro Lado also has grown as a litigation force. It is a co-plaintiff in many of the highest-profile challenges to Department of Homeland Security policy, including both East Bay Sanctuary cases and the Innovation Law Lab’s suit against the Trump Administration’s “migrant protection protocols.”

The lawsuit alleges that DHS is using lies, coercion and other illegal tactics to create bottlenecks and manufacture the appearance of a crisis at Points of Entry, in order to deny asylum-seekers access to the processes spelled out in the Immigration and Naturalization Act.

According to the complaint, this “Turnback Policy” includes telling asylum seekers that there is no more asylum, or that the port of entry cannot process them, or coercing them into denying that they fear persecution in their homeland. In an amended complaint filed last October, the group alleges the policy began in limited areas as early as May 2016 but has exploded under the Trump Administration.

DHS has argued that “metering” is justified to keep the Ports of Entry from being overwhelmed and as a deterrent to illegal immigration.

In denying the government’s most recent motion to dismiss, U.S. District Judge Cynthia Bashant in San Diego noted that the Immigration and Naturalization Act does not set any limit on the number of asylum seekers that can be processed and requires that the asylum provisions be administered “objectively.”

“Whatever authority the Secretary may possess…over the ‘flow of traffic’ across the border” and to perform such other acts “as necessary” to enforce the INA, Bashant wrote, those powers “cannot entail the authority to rewrite specific congressional mandates or to pretend that such mandates do not exist.”

Bashant also rejected DHS’ argument that non-citizens have no due process rights under the U.S. Constitution until they enter the country. DHS had ignored Supreme Court precedent about procedures at the border, the judge said.

“The situation has become so dire here on the ground that the court saw no choice but to act,” Pinheiro said. “We were very pleased by that decision.”

Meanwhile, at TCRP, Peña was taking a different tack. 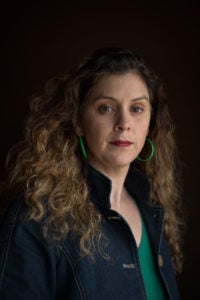 “There are excellent organizations addressing the broader issues,” she said. “I’ve really been focused on fighting for individuals – those in immigration detention or those being sent back to Mexico.”

Peña first came to Washington, D.C. in 2003 to work for the Democratic National Committee on women’s outreach. Later, in 2007 she became Director of Hispanic Outreach for then-Senator Hillary Clinton’s first presidential primary campaign. She stayed in Washington to work on global affairs, with a focus on anti-human trafficking, democracy, and human rights. Her portfolio also included Central American affairs. All the while, she took classes at the Georgetown Law evening program.

After graduation, Peña clerked for a federal judge in San Diego before joining ICE as assistant chief counsel in Los Angeles. She spent two years there, litigating some 2,000 cases, before joining Fragomen, Del Rey, Bernsen & Loewy in 2016.

Her decision to become a visiting attorney at TCRP became national news in June 2018, when USA Today published her op-ed, “Former ICE lawyer switches sides: I want to protect immigrant children, not prosecute them.”

“I became a lawyer because I believe in the rule of law and fundamental fairness, not to prosecute babies…,” she wrote. “As our government cracks down on asylum-seeking families, we are witnessing mass violations of constitutional and international laws that uphold the right to family unity, the protection of asylum seekers from criminal prosecution, and the rights of children to live free from harm.”

The op-ed led to appearances in other media outlets including MSNBC, the National Immigration Forum’s “Only in America” podcast, and a compelling profile of one of her cases in Pro Publica.

She also took the message to Georgetown students last fall in a lunchtime talk hosted by the Human Rights Institute, International Refugee Assistance Project, and Georgetown Youth Advocates – an outreach effort that had special significance for her.

“Calling out my former agency for mass human rights violations – that is not something that came to me quickly,” she said recently. “It required analysis, and reflection, and talking through it with colleagues. Georgetown trained me to be a thoughtful and deliberate lawyer. It taught me to not be afraid of taking on challenging, difficult matters – and that, in short, is what we are trained to do.”

Peña says her experiences at TCRP convinced her that “there simply aren’t enough immigration lawyers to match the need for counsel.” That realization led to her current post with the ABA’s Commission on Immigration – a role she started in June, and one that has her “leaning heavily into my organizational skills.”

“I was looking for an opportunity to develop expertise on a national platform; to be able to mobilize lawyers to learn and volunteer in order to increase access to counsel for an underserved population,” she said. “I want to convince lawyers to come to the border, yes, but I also want to empower them to continue working on those issues when they go home.”