Stock photo of Muslim women next to a tent outside a Nairobi court. In the spring of 2019, the High Court of Kenya ruled that many of the nation’s laws violate the constitutional rights of children of unmarried parents. Alumni of Georgetown Law's International Women's Human Rights Clinic filed the complaint in the case back in 2013.

So, Rodriguez said, it was “pretty stunning” to learn of Nelly Susan Atingo’s victory in the spring of 2019, when the High Court of Kenya ruled that many of the nation’s laws violate the constitutional rights of children of unmarried parents.

“I was proud to have had a part in it, but the outcome was really the result of other people’s hard work,” said Rodriguez (L’15), now with the Lawyering Project in New York. 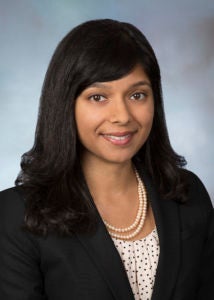 Rodriguez and Rahman had worked on the lawsuit under the close supervision of the clinic’s director and founder, Professor Susan Deller Ross. Partnering with FIDA Kenya, a nonprofit women’s rights organization, they researched the legal issues and delivered a complaint that needed one more element: an individual co-plaintiff. FIDA Kenya selected Atingo in 2014 and has litigated the suit ever since.

“Once we prepare materials, it’s up to the partners to run with them,” Ross said. “The whole point of this clinic is to help NGOs without the in-depth resources we have. Our work gives them a head start.”

Initially, FIDA Kenya targeted birth registration provisions that gave unwed fathers the right to keep their name off of the child’s birth certificate, leaving children subject to ridicule and many harms. The law predated the 2010 overhaul of Kenya’s constitution, which guarantees gender equality in Article 27 and the rights of children in Article 53.

“Because the constitution is so new, there were very few cases interpreting it,” said Rahman, now at Blank Rome in Washington, D.C. “We looked at the language of the constitution, international treaties and what courts in other countries have done.”

Ross “literally wrote the book” on that approach, Rodriguez added – a reference to Women’s Human Rights: The International and Comparative Law Casebook. “A clinic like this can only work with someone like Professor Ross.”

As the students’ knowledge grew, so did the list of statutes they believed were unconstitutional – but they weren’t sure whether FIDA Kenya would want to expand the litigation’s scope.

Ross had them put their arguments in writing, then scheduled a practice run before their weekly conference call with the organization.

“She wanted to see how we would react if there was push-back,” Rodriguez said. 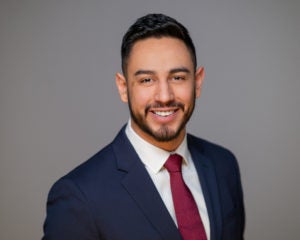 “[Ross] told us, ‘think about all the work you’ve done; the case you’ve laid out in the memo. Trust your work. Trust your instincts.’ And sure enough, in our call, local counsel pushed back but we were able to convince them,” Rodriguez said. “That experience has stayed with me and I’m incredibly grateful for it.”

Their persistence paid off in March 2019, when Justice Jesse Njagi of the High Court at Kakamega declared nine sections of three separate laws “null and void” in light of the 2010 constitution. Each law gave children of married parents full rights but denied children of unwed parents many rights from their father if he kept his name off the birth certificate and avoided paying any child support, creating what the complaint and the court called “optional paternity.”

Njagi invalidated Section 12 of the Births and Deaths Registration Act, which gave an unwed father the absolute right to keep his name off the child’s birth certificate. That section alone had been challenged by another organization in the High Court at Nairobi, which ruled in 2016 that it discriminated against unwed mothers on the basis of sex and their children on the basis of their birth to unwed parents.

Although the 2016 decision was not binding in this case, Njagi said he was “in agreement with the reasons given by the learned judge in that judgment.”

Njagi also struck provisions of the Law of Succession Act, which denied the unacknowledged child the right to inherit from his unwed father; and sections of the Children Act which gave the unwed father who avoided responsibility for his child the right not to be considered the child’s “relative” and to avoid paying child support.

Njagi based those rulings on the rights of children, “which the Constitution places at a higher pedestal than that of the father or mother,” he wrote. He emphasized that a “parent cannot opt out of parental responsibility” by repeatedly citing the Constitution Article 53(1)(e)’s requirement that unwed fathers and mothers exercise “equal responsibility” for their children.

Ross and her students were disappointed by Njagi’s failure to specifically note the sex discrimination against the unwed mother, but happy with the outcome.

“Obviously, we wanted more for the women, to serve as precedent,” Rahman said. “Even so, it is a step in a positive direction. It shows that these laws can be dismantled.”

Ross was heartened by Njagi’s repeated admonition that under Article 53, “fathers and mothers have equal responsibility to a child they bear, and this responsibility is not left to the volition of the man or woman.”

That language, she said, “has the effect of giving women the right we sought: the right to have fathers share the burden of supporting their children.”