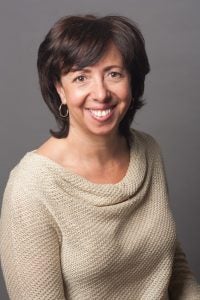 The creation of an executive director position at the Human Rights Institute—and Massimino’s appointment to lead it and serve on Georgetown Law’s full-time faculty—signals a decision to deepen the Law Center’s investment in training the next generation of human rights advocates.

“We are excited to welcome veteran human rights lawyer Elisa Massimino to the Georgetown faculty and to this new role with the Human Rights Institute,” said Georgetown Law Dean William M. Treanor. “Elisa’s decades of leadership experience and record of accomplishment, along with her passion for engaging and mentoring students, will be a tremendous asset to our students, faculty, and the human rights community.”

“Today’s human rights challenges demand a unique combination of energy, wisdom, and strategic thinking,” Massimino said. “The movement needs bright young lawyers who will bring these qualities to the fight for human dignity. I’m excited to have the opportunity to mentor the next generation of human rights advocates at Georgetown and help build the Human Rights Institute into a powerhouse training academy for lawyers who want to change the world.”

Massimino has a distinguished record of human rights advocacy. She has testified before Congress dozens of times, writes for mainstream publications and specialized journals, appears regularly in major media outlets, and speaks to audiences around the country.

The daughter of a nuclear submarine commander, Massimino’s leadership in assembling a group of retired generals and admirals to speak out publicly against the torture of prisoners in U.S. custody was chronicled in David Cole’s Engines of Liberty: The Power of Citizen Activists to Make Constitutional Law.

During her leadership at Human Rights First, the influential Washington newspaper The Hill consistently named Massimino one of the most effective public advocates in the country.

Liu has a particular focus on women’s human rights and has authored or co-authored several law review articles and other publications on women’s sexual and reproductive health. As a former assistant director of admissions at Georgetown Law, Liu has worked closely with current and prospective law students interested in human rights and public interest lawyering.

Georgetown University Law Center is a global leader in legal education based in the heart of the U.S. capital. As the nation’s largest law school, Georgetown Law offers students an unmatched breadth and depth of academic opportunities taught by a world-class faculty of celebrated theorists and leading legal practitioners. Second to none in experiential education, the Law Center’s numerous clinics are deeply woven into the Washington, D.C., landscape. Close to 20 centers and institutes forge cutting-edge research and policy resources across fields including health, the environment, human rights, technology, national security and international economics. Georgetown Law equips students to succeed in a rapidly evolving legal environment and to make a profound difference in the world, guided by the school’s motto, “Law is but the means, justice is the end.”