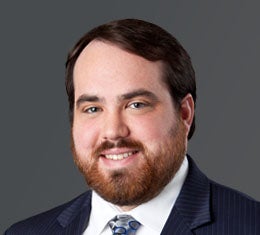 John Benton is an attorney with the United States Department of Defense. Previously, John was an associate in the Washington DC office of Mayer Brown LLP’s Banking & Finance practice where he focused on structured finance, derivatives, and insurance litigation, regulation, and transactions. In addition, John has represented Iraqi nationals wishing to immigrate to the United States through the List Project to Resettle Iraqi Allies.

John graduated from the Georgetown University Law Center in 2010 and worked as a national security law research assistant to Law Center Professor Laura Donohue prior to joining Mayer Brown. He served as a recalcitrant US Senator in the inaugural national security simulation and has been involved in each new iteration of the simulation as a storyline writer and member of the Control Team.