Georgetown Law’s Center on National Security and the Law recently announced it had received a grant from the Public Interest Technology University Network (PIT-UN) that will support one of the first pilot projects in the Center’s new NatSec 360 Innovation Incubator.

The project will focus on next-generation social media and the risks it poses to our democratic society, communities and individuals.

We took the opportunity to speak with Professor Laura Donohue, the Center’s director, and Anna Cave, the Center’s executive director, about the social media project and the Center’s new approach, which emphasizes broadening the definition of what national security entails.

Please tell us about this “NatSec 360” theme that’s guiding the work of the Center on National Security and the Law going forward. 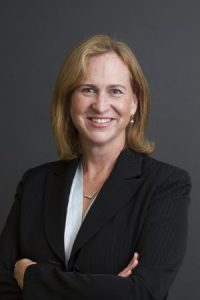 Donohue: Over the past decade, Georgetown Law has become the leading institution in the United States for studying national security law. We have 19 full-time faculty, 40 adjuncts and more than 60 classes offered each year in the field. The Center supports this vibrant intellectual community with conferences, programs, the top peer-reviewed journal, workshops and other events.

As we launch the second phase of our growth, we are incredibly fortunate that Anna Cave joined us as our new executive director. She has deep experience in big law, the U.S. National Security Council, the U.S. State Department and as in-house counsel. Under her leadership, and that of Todd Huntley, who directs the National Security Law Program, the Center is launching a new strategy to examine emerging national security threats from a 360 degree perspective — thus, NatSec 360. 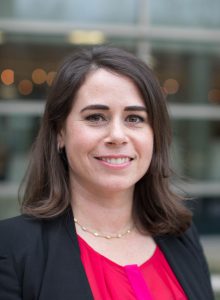 Cave: Our existing national security apparatus is very siloed — this is diplomacy, this is defense, this is development, this is homeland security — when in reality, the problems are interconnected and complex. And the players around the table have changed. State power was formerly concentrated almost exclusively in government, and now is being decentralized. For example, we need to be thinking about the fact that tech companies are playing a significant role in national security. Previously we might have thought a pandemic is for scientists and public health officials to figure out, but with COVID-19 we suddenly see the national security implications. So taking a 360 degree perspective is about trying to pull your head up and really get the full view.

And what is the 360 Innovation Incubator?

Cave: It’s a problem-solving lab to tackle real-world national security problems. We’re moving beyond the traditional, narrowly-defined field to think about the cross-cutting, over-the-horizon challenges that we’re going to have to be equipped to face. We’re tackling these challenges in a new way with our own innovation methodology.

We’ve picked four program areas to start. NatSec Tech is about how technology is presenting new legal issues and players in this arena. NatSec Nature looks at natural security, such as the intersections of climate change and global health with national security. NatSec Humanity focuses on human security, which is one of my own areas of expertise — issues like conflict prevention, international humanitarian law, international justice and human rights, atrocity prevention and response. The fourth is NatSec Institutions, where we’ll think about how to bring innovation to our national security institutions themselves. For example, our colleague Todd Huntley is developing a veterans’ initiative that is looking at innovative ways to support vulnerable veterans, like victims of sexual harassment.

So within those four program areas, we’ll zero in on a subset of problems that are complex and hard, and not just write about them, but work on actually developing solutions that we can test and implement in the real world, with and through partners.

How will the PIT-UN grant you recently received be used?

Donohue: We’re grateful to PIT-UN for this opportunity. The grant will support our first NatSec Tech project, which focuses on the national security implications of next-gen social media. Social media has already generated so much disinformation, misinformation and bifurcation and has proven vulnerable to manipulation. Augmented reality is here: algorithms hidden from view curate our ideas and influence how we think, what we do and with whom we do it. We just don’t recognize it. Those engaged in the dissemination of social media, moreover, have radically different goals which then get caught up in sophisticated networks. We need to think more broadly and more holistically to develop a comprehensive governance model to address the risks of social media.

So we’ll talk to social media influencers. We’ll include scholars who specialize in Russian propaganda and disinformation. We’re going to have people who study Cambridge Analytica and data analytics; computer scientists and people who do artificial intelligence; representatives of vulnerable communities;, others who are from Twitter or Facebook. None of these people are “national security” people, and yet the security of our country depends on these people. In addition, we’ll have people from government, scholars who look at media studies, artificial intelligence, algorithmic sciences. It’s exciting!

Cave: We’re also looking for innovative ways to test our proposed solutions, so we are partnering with a video game lab to help develop the next generation of the National Security Law Simulation that Laura has run for the past decade, adapting it to a virtual world.

In addition to innovation, ethics is a thread that will run through all of our program areas. We plan to work with the Georgetown Ethics Lab on main campus, which uses design principles to embed ethics into thinking and analysis so it’s not just tagged on at the end.

How will the 360 approach benefit students?

Cave: It’s important for students to work with multidisciplinary teams and to look at problem sets from a variety of perspectives. If you ask anyone in national security, in both government and the private sector, what skills they look for in a lawyer, they’ll say: I can find many people who know and can apply the law, but is this person a creative problem solver and do they have good judgment? It’s hard to teach this. I worked at the National Security Council, and I wish I had had the kind of training where you really are forced to take on so many perspectives!

Donohue: One of the core skills our students need to thrive in the world of national security law is flexibility of mind. In a law school exam, professors typically give you your facts and you have three hours to analyze them, but in national security, first you have to figure out what’s irrelevant and what information you need to make your decision, then you have to figure out where to get it. And you never will have enough information to be comfortable. None of that is ever taught to you in law school, but it’s critical to being a good lawyer in national security.

Anna, as you come to the milestone of completing your first year at Georgetown Law, what do you see as the strengths this institution has to offer the work of the Center?

Cave: I’m keenly appreciative of the social justice ethos that is embedded in the DNA of Georgetown. That’s really important when you start to think about bringing other sectors to national security conversations. For example, a venture capitalist has a totally different playbook and objective than a Department of Justice lawyer. So having a convener whose true north is about ethics, social justice and the public interest is key.

It is also important that we’re not limited in the tools that we use. If the solution to a problem dictates that we should use litigation, we can do that. If it dictates that we do education, advocacy, legislation — guess what, we can do all that. That’s the beauty of a Center housed at an academic institution in Washington D.C.

Georgetown also provides an incredibly deep and broad network. We have access to renowned experts and an array of centers and institutes, with expertise in climate change, public health, emerging technologies, ethics, foreign policy, public policy and so forth. We have bridges through our alumni, our adjuncts and our faculty to government players, multilateral organizations, the private sector, industry, media organizations, community organizations and NGOs. With this backdrop, we are uniquely positioned to bring a 360 degree perspective and innovation to the national security field.