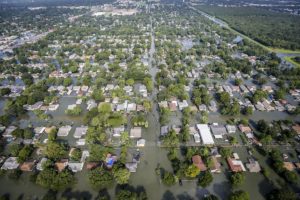 Houston at a Crossroads: Land Use Post-Harvey

In the wake of Hurricane Harvey, Houston has continued to develop at an incredible rate. Historically, the city and its residents have strongly opposed zoning, but development in floodplains has sparked a debate about how expansion should look for the booming city. How can Houston continue to grow while ensuring the safety of its residents?