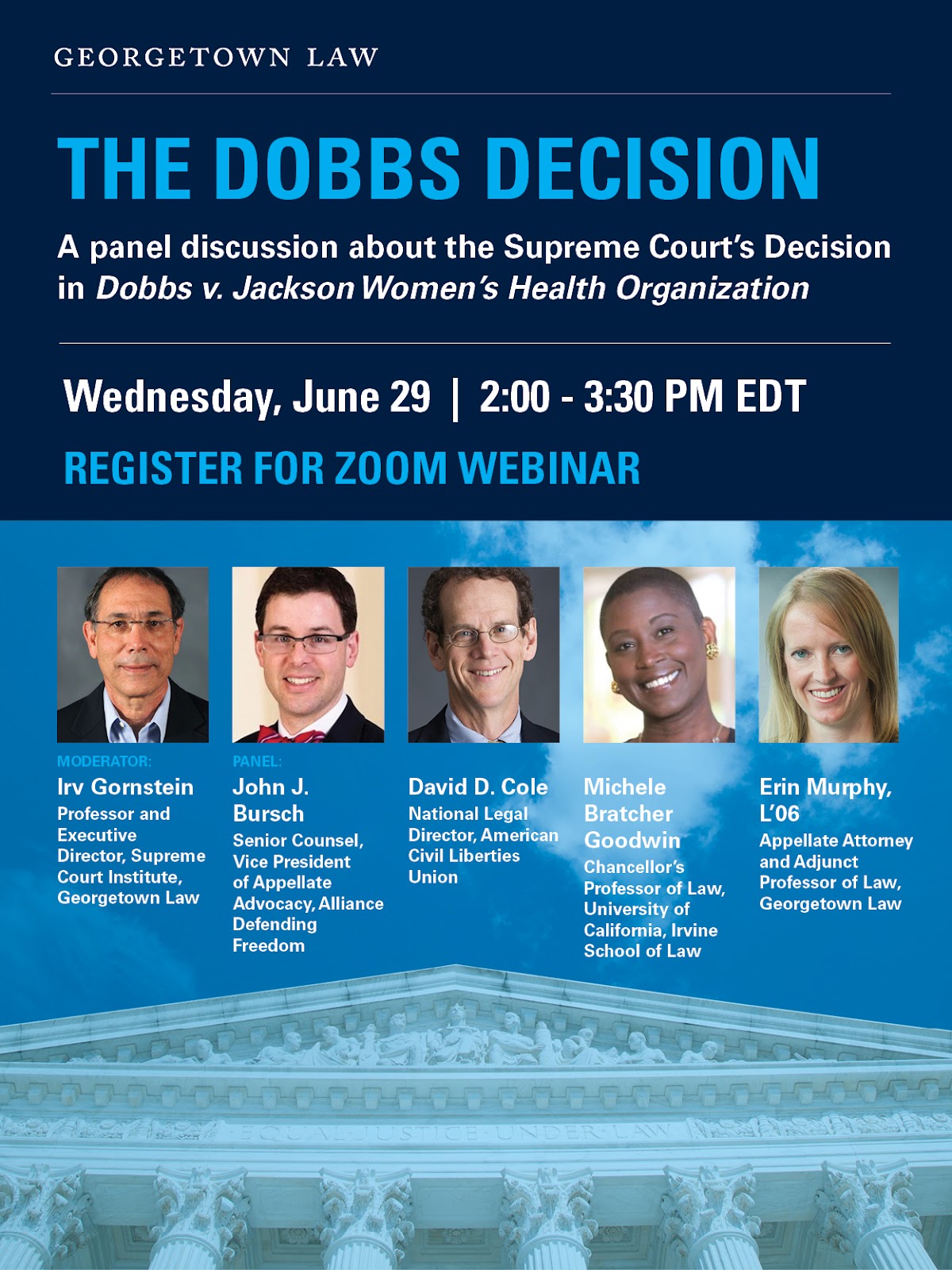 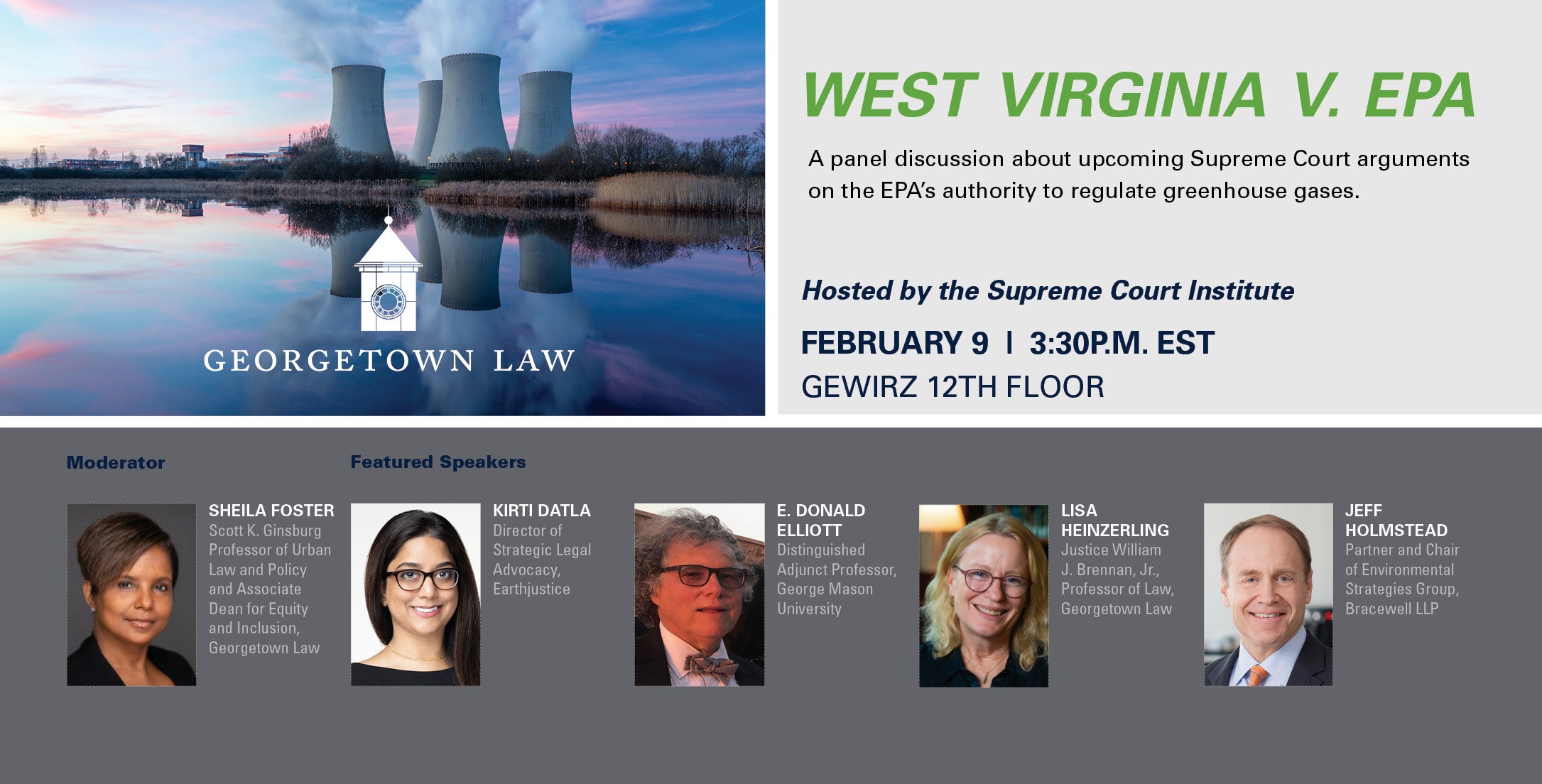 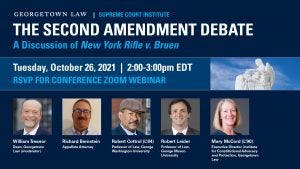 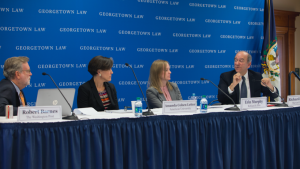 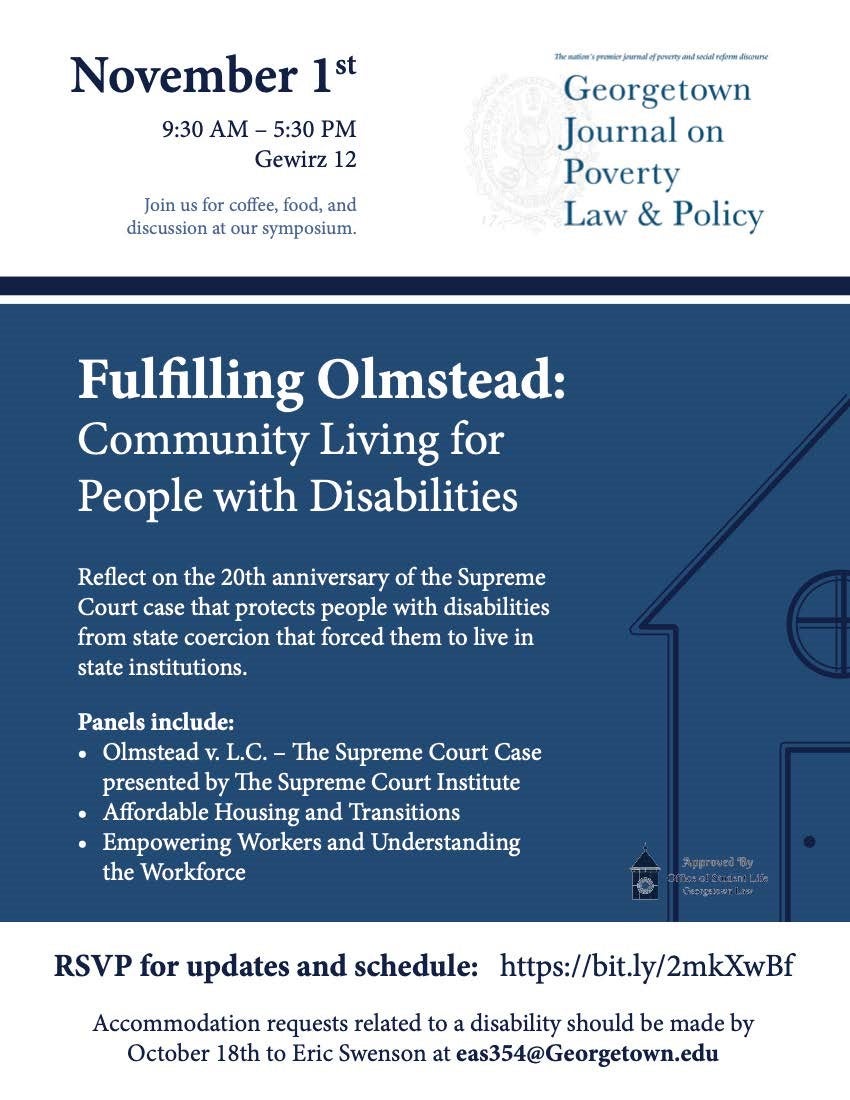 As part of the Georgetown Journal on Poverty Law & Policy’s retrospect on Olmstead, SCI hosted a panel discussion on the case as it came before the Court. The panel included two of the advocates, now Georgetown Law professors, who argued the case.

Justice Ginsburg sat down with two of her former clerks at Georgetown Law to discuss her career and gender equality jurisprudence.

Nomination of Neil Gorsuch to the Supreme Court 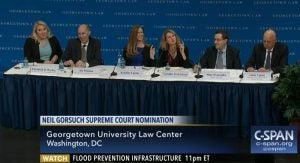 Georgetown Law hosted a group of experts to discuss the nomination of 10th Circuit Judge Neil Gorsuch to the Supreme Court.

Unprecedented: A Look Back at the Affordable Care Act Litigation

SCI hosted a panel discussion on the role of Supreme Court specialists and public interest organizations in pro bono litigation at the Court.

Women and the Supreme Court Bar 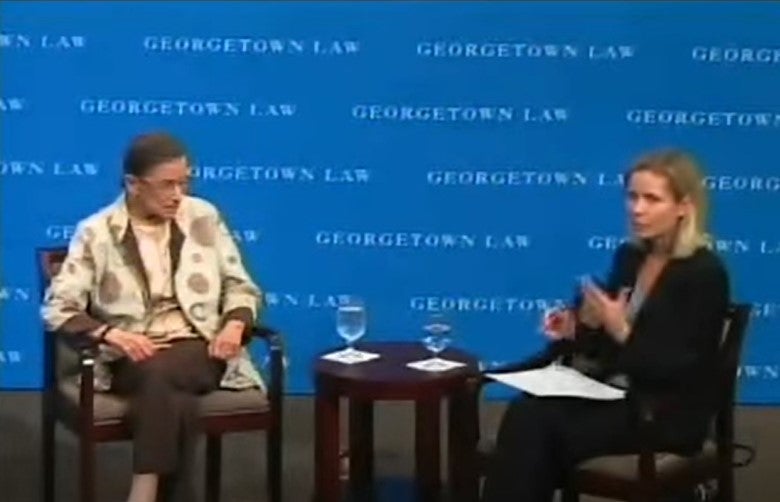 SCI, the Center for the Study of the Legal Profession, and the Women’s Legal Alliance co-hosted a discussion at which panelists shared their career paths to appellate practice, their experiences as Supreme Court advocates, and guidance to other women who hope to practice before the Court. 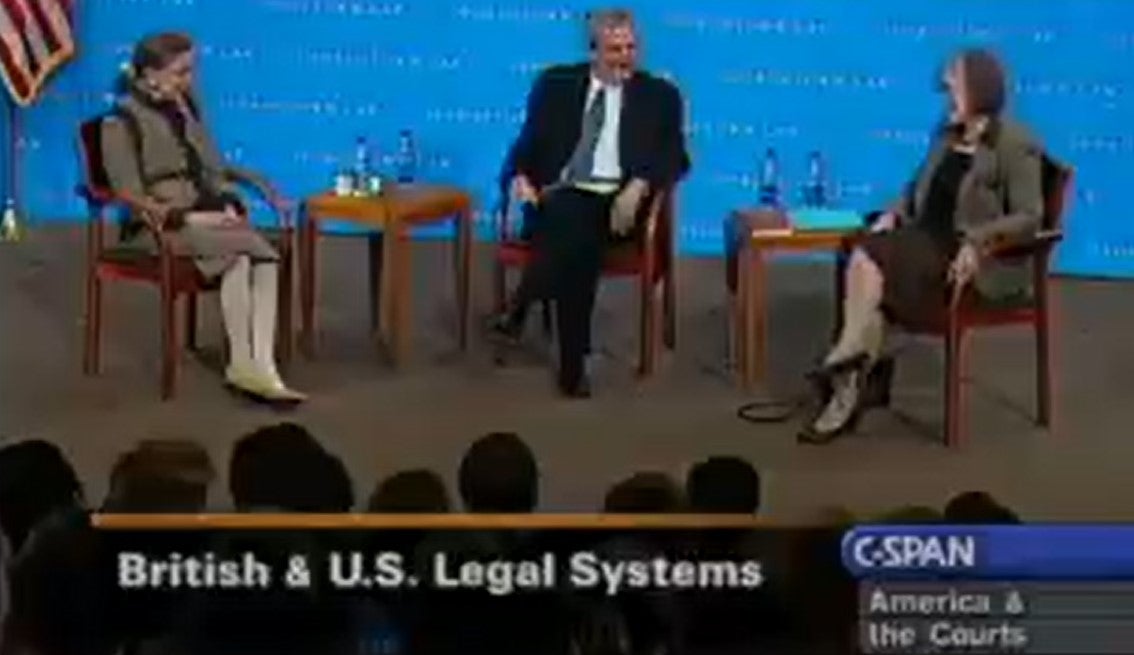 Supreme Court Justice Ruth Bader Ginsburg and Law Lord Brenda Hale talked about the differences between the British and United States legal systems, their experiences being among the first women in their positions, and the changes being made in the British legal system, including the establishment of a supreme court. 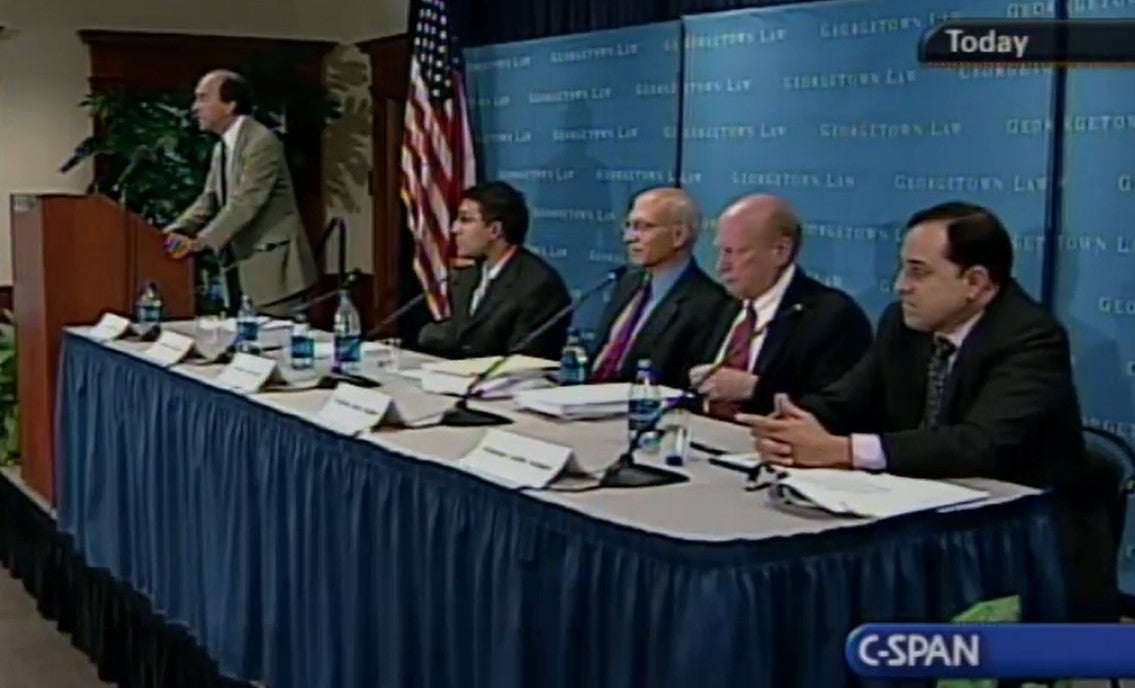 SCI hosted a discussion of the Supreme Court’s decision the previous day in Hamdan v. Rumsfeld, which held that President George Bush did not have the authority to set up tribunals at Guantanamo Bay, and that military commissions are illegal under both military justice law and the Geneva Convention. 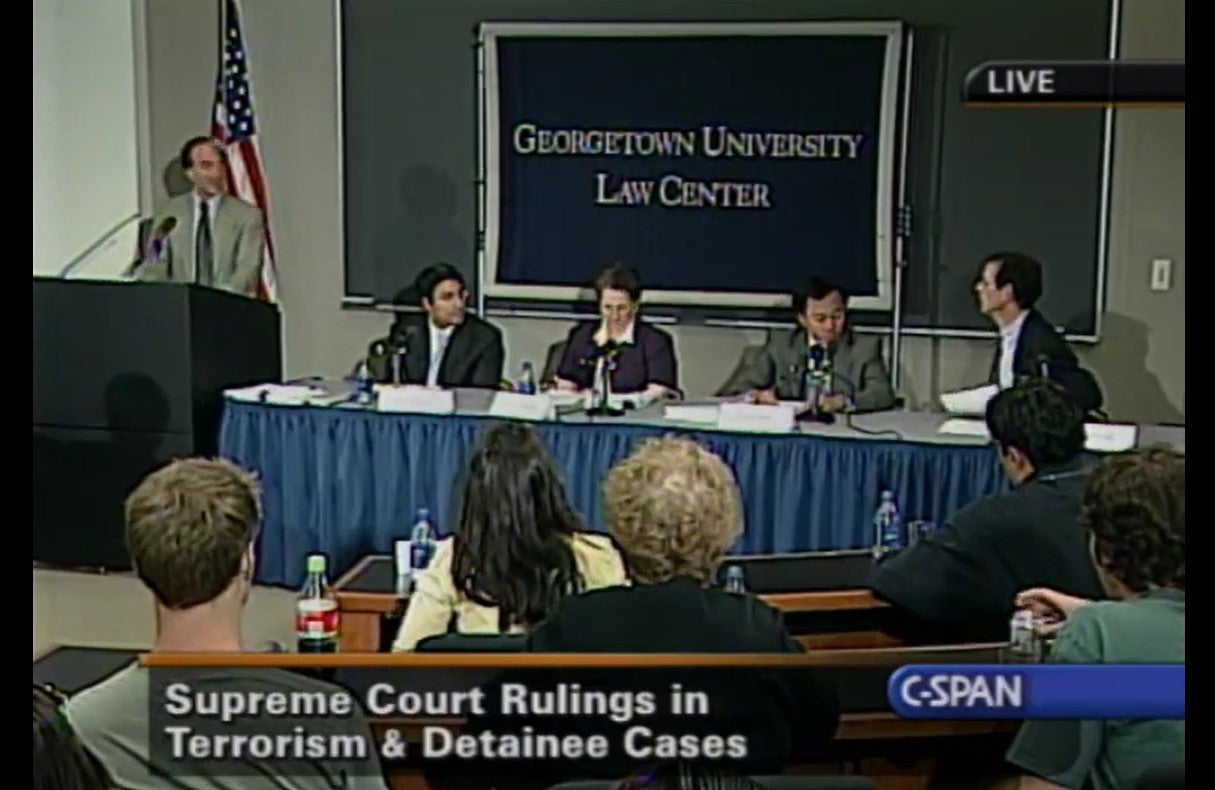 SCI hosted a discussion on the reasoning and implications of two recent Supreme Court rulings, Rasul v. Bush and Hamdi v. Rumsfeld, holding that detainees in the war on terror have the right to legal counsel.