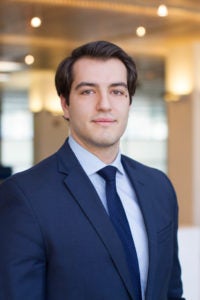 Enrico is an Associate at Weil, Gotshal & Manges LLP, and is a part of the first Cohort of Business Law Scholars.

As a law student, Enrico studied at King’s College of London through the Center for Transnational Legal Studies, which is part of a global partnership encompassing students and faculty from 20 world-class law schools.

During his 1L summer, Enrico worked with the general counsel at Kroll Bond Rating Agency in New York. In summers prior, Enrico was an SEO Fellow at Linklaters LLP and Bank of America in New York and a Sales and Trading Summer Analyst at BTG Pactual in São Paulo, Brazil.

Enrico earned his B.A. in Economics and Political Science at New York University after transferring from Colorado State where he was a member of the basketball team.