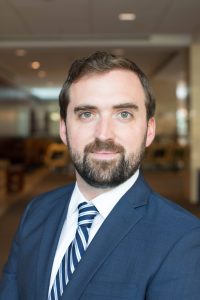 Jake is an Account Executive at Snapchat and a member of the Georgetown Law Evening Program. His mission is to guide technology platforms through difficult policy environments – ultimately in the interest of best protecting user communities and business stakeholders.

Jake’s introduction to digital media, marketing, and government came through his time at Google where he helped election campaigns utilize Google effectively in the 2014 midterm elections. He also spent time in business development at Axios, a news start-up from the founders of Politico which has grown rapidly since its emergence in 2016.

Most substantially, his career has been shaped at Snapchat – the massive messaging platform that reaches nearly every Millennial and Gen-Z’er in the United States. There he guided the growth of new international business, including the UK and Australia, and has assisted nearly every major marketing vertical as they reach and persuade the next generation of customers. Currently, he resides in DC and helps grow Snapchat’s partnership with government, election, and advocacy clients.