Students and graduate fellows at Georgetown Law's Appellate Courts Immersion Clinic, directed by Professor Brian Wolfman, have secured a victory for a Memphis man who spent 17 years in prison — more than seven years greater than the maximum statutory sentence — for unlawful possession of ammunition.

The U.S. Circuit Court of Appeals for the Sixth Circuit did more than just affirm the grant of habeas relief to Stephen Murray Mitchell. On an important question raised by the clinic, the court directed the habeas judge to include “an appropriate rationale” for ordering three years of supervised release.

The three years of supervised release had been added to Mitchell’s original sentence of 20 years and 10 months’ confinement, and the judge simply left it unchanged when he ordered Mitchell’s release in July 2017. The clinic students argued that those three years should be reduced or eliminated.

“Mr. Mitchell has already spent an extra seven years in confinement,” said Clifton Fels (L’18). “He should be allowed to live his life.” 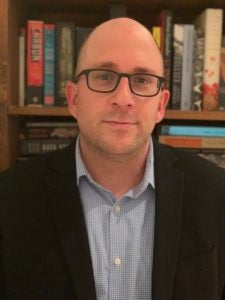 “There’s a tendency in habeas cases to think that supervised release doesn’t matter; after all, the person is getting his freedom,” said Kroshus, who is now with Arnold & Porter. “But supervised release affects fundamental liberties, like where you can live and work. It carries a stigma that makes it difficult to move on. It shouldn’t be imposed without reasonable justification.”

While it seems logical to treat supervised release as part of sentencing, with the same substantive and procedural protections, “nobody had come right out and said that before,” said Fels, now with Debevoise & Plimpton. “We tried to convince the court to make that cognitive leap.”

The opportunity to work in a developing area of law was one reason that Mitchell’s case was “perfect for the clinic,” said Vora, now an assistant solicitor general for New York State. “The issues were complex and important, the law was unsettled, and the stakes were high.”

Mitchell had been sentenced under the federal Armed Career Criminal Act (ACCA) in 2000. He sought habeas relief pro se in 2017, after the Supreme Court found part of ACCA overbroad. The judge corrected Mitchell’s sentence to “time served” plus the three years supervised release.

The government appealed, arguing that Mitchell’s lengthy sentence was still lawful under ACCA. Mitchell also appealed, saying that “time served” was an illegal sentence because he had already served 17 years, while his maximum sentence without the ACCA would have been 10 years.

“It was a matter of principle to him,” Fels said.

The Sixth Circuit appointed the Georgetown clinic to defend Mitchell on appeal. The students consulted Mitchell by telephone, researched the issues, drafted briefs and revised them line-by-line with help from Vora, Wolfman and the clinic’s three other students. 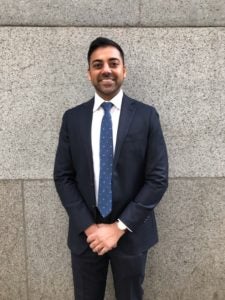 “The students did a fantastic job,” Wolfman said. “In little over a month, the students dug into a voluminous and difficult record, mastered several complex, fast evolving areas of law, and then wrote a top-flight brief for our client.”

Over the summer, the Sixth Circuit decided two similar cases. In one, it held that an ACCA sentence similar to the one imposed on Mitchell was unlawful. In the other, the court found that “time served” is not a valid sentence if the time actually served exceeds the statutory maximum.

That left the supervised-release issue. Girard said the six students in this semester’s clinic did a “deep dive” to help him prepare for oral argument — his first in a federal appellate court.

The Sixth Circuit issued its precedential opinion on Oct. 10. It denied the government’s appeal, struck the “time-served” sentence and remanded the case for a new sentence, including “an appropriate rationale” for the addition of any supervised release.

Kroshus said he hopes the case will provide a blueprint for courts going forward.

“Supervised release will come up in many if not most resentencing cases,” he said. “This decision doesn’t force lower-court judges to reduce the original term, but it tells them that they have to think about it and explain their decisions.”