WASHINGTON – Georgetown Law is pleased to welcome Michael Dreeben, former deputy solicitor general of the United States, as a Distinguished Lecturer from Government for the 2019-2020 academic year.

“In his 30 years of extraordinary public service at the U.S. Department of Justice, Michael Dreeben played a powerful role in helping shape the law as one of the preeminent Supreme Court advocates and as a leading expert in federal criminal law,” said Georgetown Law Dean William M. Treanor. “We are honored to have him join our faculty for the upcoming school year.” 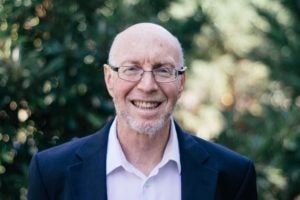 Beginning in 1988, Dreeben served in the Office of Solicitor General and argued more than 100 Supreme Court cases on behalf of the United States. In June of 2017 he took a leave from his role as deputy solicitor general to join Special Counsel Robert Mueller’s legal team investigating Russian interference in the 2016 presidential election and obstruction of justice. He had previously served as an adjunct professor at Georgetown Law and a visiting professor at Duke Law School.

Dreeben argued many landmark cases in criminal law and procedure during his tenure in the solicitor general’s office. These include cases involving hate crimes and the First Amendment, Fourth Amendment rights in the internet age, and cases involving public corruption and private fraud. He also successfully represented the special counsel’s office in federal court against legal challenges to its authority before ending his service with the Justice Department in June 2019.

Dreeben’s year-long appointment is part of Georgetown Law’s Distinguished Visitors from Government Program, which brings former officials who have recently left public service to campus. Dreeben will guest lecture and serve as a resource for students, participate in faculty workshops, and engage in other Law Center programming.

“I am excited to join Georgetown’s thriving legal community this fall,” Dreeben said. “Georgetown Law is renowned for its exploration of complex legal questions at the deepest level. But beyond the school’s academic excellence, Georgetown Law’s professors, students, and its centers and institutes are committed to the ideal of engaging with real-world legal challenges in the public sphere. The energy of the law school is palpable. I look forward to participating in academic life at Georgetown and being part of its vibrant and collaborative culture.”

Past distinguished lecturers from government have included former public servants from the White House, Department of Homeland Security, and the Justice Department, including former Deputy Attorney General Sally Yates.