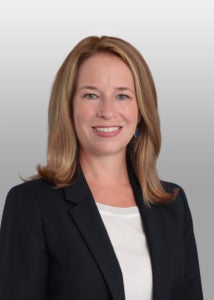 McSweeny, who played a key role on significant antitrust and consumer protection enforcement at both the Federal Trade Commission (2014-2017) and the Department of Justice (2012-2014), brings a wealth of expertise at the intersection of law, policy and cutting-edge technologies, including artificial intelligence, digital health, fintech and the “internet of things.”

Her new role will include writing in her areas of expertise, participating in policy convenings, and serving as a resource to the Georgetown Law community.

Georgetown Law’s Institute for Technology Law & Policy provides a uniquely valuable forum in Washington, D.C., for policymakers, academics and technologists to discuss the most pressing issues and opportunities in technology law today. At the same time, the Institute is training the next generation of lawyers and lawmakers with deep expertise in technology law and policy.

“I am thrilled to join the important discussion on technology law and policy at the Institute.  As an alum, I am looking forward to contributing to the excellent work Georgetown Law School doing training  lawyers and addressing the challenging questions at the intersection of technology, law, and public policy.”

McSweeny is a partner in the D.C. office of Covington & Burling.  She has deep experience with regulations governing mergers and non-criminal, anti-competitive conduct, as well as issues relating to cybersecurity and privacy facing high-tech, financial, health care, pharmaceutical, automotive, media, and other industries. Prior to joining the FTC, she served as chief counsel for competition policy and intergovernmental Relations for the U.S. Department of Justice, Antitrust Division. Prior to that she served as Deputy Assistant to the President and Domestic Policy Advisor to the Vice President (2009-2012), and as Senator Joe Biden’s Deputy Chief of Staff and Policy Director in the U.S. Senate. McSweeny is a graduate of Georgetown Law.