A Georgetown Law professor and students are taking aim at an entrenched legal doctrine — known as the “adverse employment action” doctrine — that courts are using to allow employers to continue to discriminate against workers on the basis of race, sex and other legally protected traits.

The effort — led by Madeline Meth (L ‘17), a fellow at Georgetown University Law Center’s Appellate Courts Immersion Clinic and by Professor from Practice Brian Wolfman, the clinic’s director — comes amid a national reckoning over racism and is a core part of the clinic’s focus on advancing racial justice in the courts and society. “We’re hopeful that eventually we can have the courts axe this adverse employment action doctrine,” Meth said.

To achieve their goal, the clinic students are taking up a series of cases around the country involving workplace discrimination. One involves Michael Threat, a high-ranking first responder in Ohio who prefers to work during the day because it’s safer and healthier. In 2013, Threat, who is Black, requested to continue working the day shift in the city’s Emergency Medical Services department, but his request was denied — despite his seniority over other employees.

Why? The EMS supervisors say it is because of race. Cleveland’s EMS Chief said she opposes day shifts comprising only Black captains but does not oppose all-white shifts. When Threat and his colleagues complained of discriminatory treatment, managers allegedly retaliated by filing a complaint against their union. The case is pending in the 6th Circuit Court of Appeals.

“It’s blatant discrimination,” Wolfman said — but it remains legal in some parts of the country.

That’s because some courts are relying on a “pernicious” legal doctrine that narrowly defines what kind of employment discrimination can be brought to court — limiting access to cases involving termination, demotion and other “pocketbook” issues, but not those involving other terms and conditions of work. Meth, Wolfman and their students argue that federal law bars all types of workplace discrimination — and aim to take their fight to the highest court in the land to prove it. 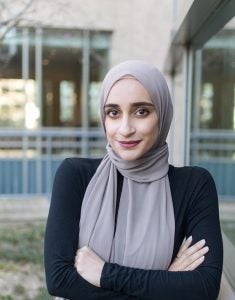 Modern-day employment discrimination often involves factors like unfavorable scheduling, undesirable work environments or lack of access to needed supplies and equipment. “You don’t have signs hanging out saying, ‘White people use this water fountain and other people use that water fountain,’” says Tooba Hussain (L’21), a former clinic student who helped write a brief on behalf of plaintiffs in the Threat case. But that doesn’t mean it’s not equally problematic, she added. “These are very intentional acts.”

Yet courts in some parts of the country allow this type of discrimination to fester — and Meth, Wolfman and their students are determined to put a stop to it.

In one of those cases, a Black electrician sued his former employer for forcing Black workers to toil outside in the Louisiana heat while whites worked inside in air-conditioned comfort. A district court ruled against the man, and the 5th Circuit U.S. Court of Appeals upheld the ruling. “It’s quite jarring,” said Wolfman, who drafted a friend-of-the-court brief with students urging the U.S. Supreme Court to take up the case. “This is like you’re back in the 1960s.”

Clinic students are also challenging the doctrine on the basis of alleged sex discrimination. In one case, county jail officials in Texas allegedly gave male employees consecutive days off on weekends but wouldn’t do the same for female employees in the same positions. In another, a city employee in Washington, D.C., was allegedly denied a transfer request because of her gender and claimed that she received harsher disciplinary treatment than male colleagues. The case recently came before the full U.S. Court of Appeals for the D.C. Circuit. 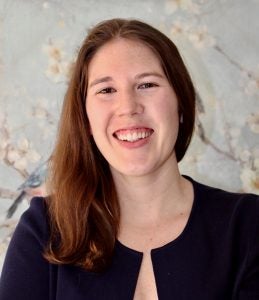 In enacting the law, Congress clearly intended to cover “the entire spectrum” of disparate treatment, and courts that rule otherwise are effectively overriding Congress’ intent, Meth, Wolfman, and their students argue. “The courts have gotten away from what the text of the statute actually says,” said Austin Donohue (L ‘21), a recent graduate who helped draft the initial brief on Threat’s behalf. “There’s this sense that you have to have something very bad happen to you in order for it to be actionable under Title VII, and that’s not what the text says.”

The cases come amid what could be an auspicious moment in the courts.

Conservatives, historically cooler to charges of discrimination, hold a majority of seats on the U.S. Supreme Court. But challenges to the adverse employment doctrine could draw their support because many believe the court should uphold the law according to its text. One such “textualist” is Justice Brett Kavanaugh, who in 2016 ruled that denying employees transfer requests on the basis of race “plainly constitutes discrimination with respect to ‘compensation, terms, conditions, or privileges of employment’ in violation of Title VII.”

Precedent may also work in their favor. In an important sex-discrimination case, the court ruled that Title VII applies to anything that is an “incident of employment” or “forms an aspect of the relationship between the employer and employees.” It has also found that Congress intended to cast a wide net when it enacted the landmark civil rights law.

Those factors bode well for Threat and other plaintiffs in the cases, as well as for Meth, Wolfman and the students. “I think there’s a really good chance that, if it does go to the Supreme Court, it would result in a favorable outcome,” said Hussain, a Muslim student from an immigrant family who was drawn to the clinic because of its racial justice work.

The opportunity to get practical experience in appellate litigation was thrilling, Donohue added. “It really was like working at a firm.” Hussain echoed the feeling: “You quite literally have the power to try to influence or transform the law.”